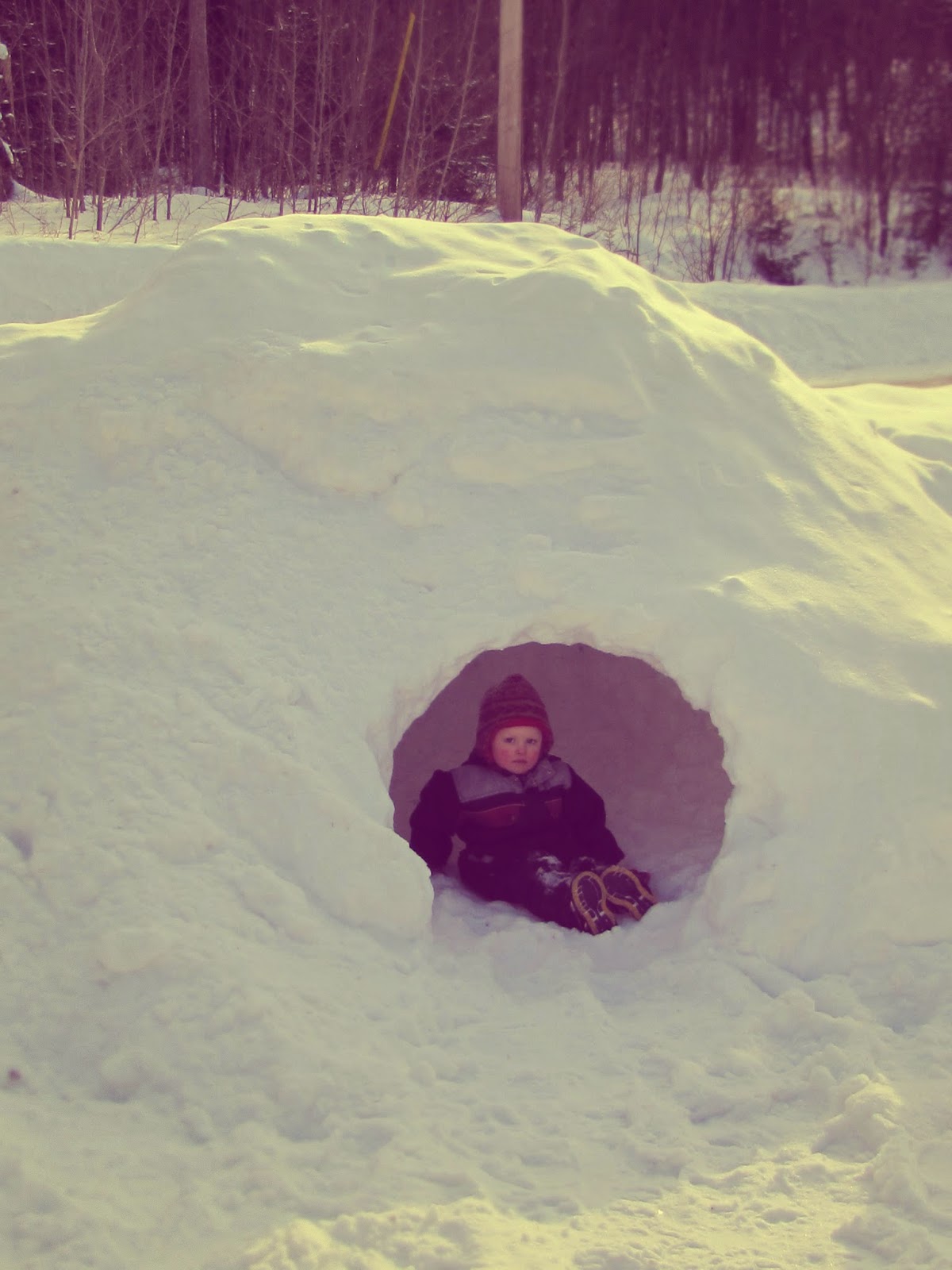 We have had tons of snow this year!
The snow plow has gone by our driveway so many times that we ended up with a snow mountain, so Jason hollowed it out for the kids. Good times!


Posted by Samantha Tara at 6:48 PM No comments:

On the wall of my parent's kitchen.. 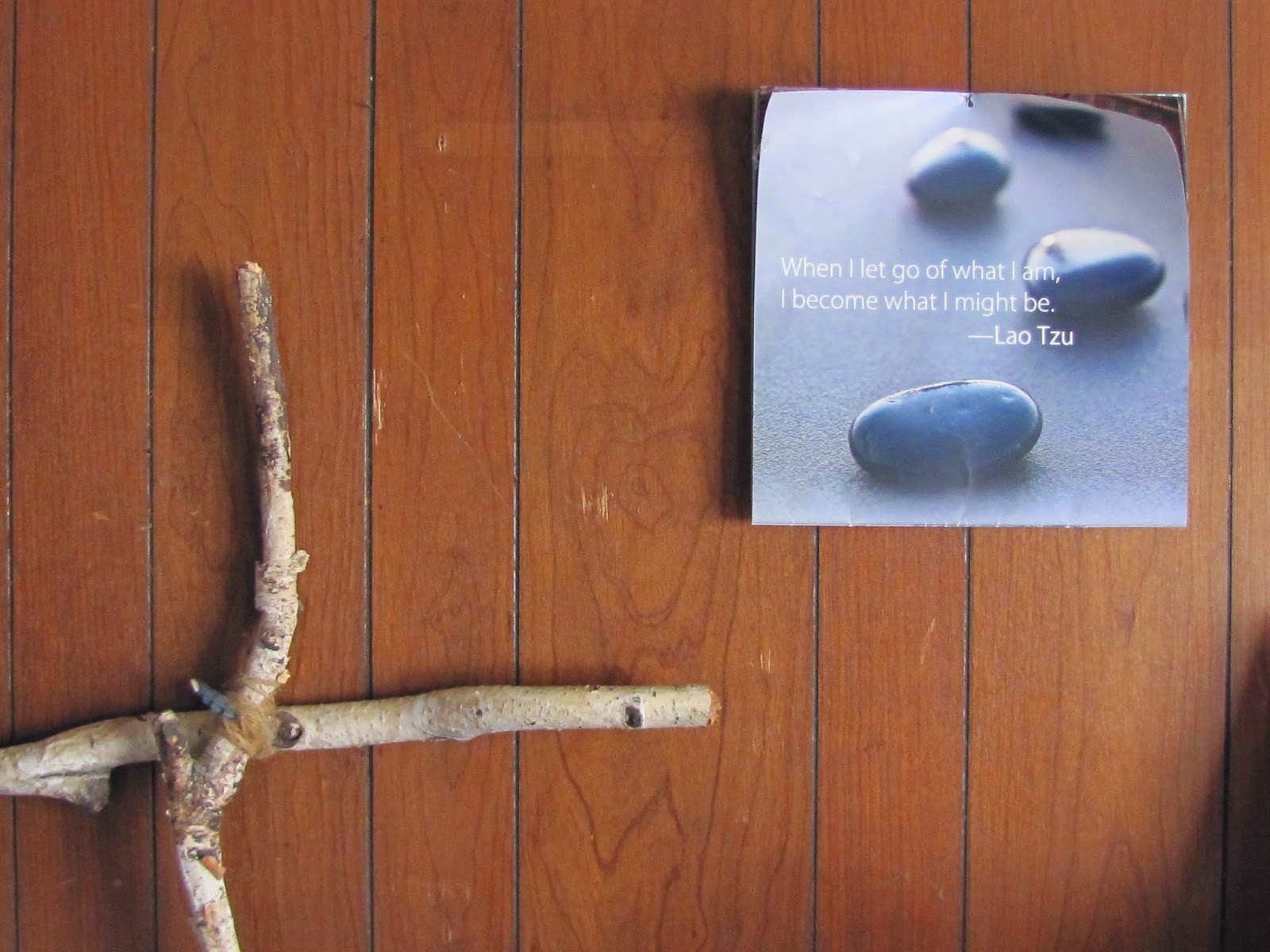 Jude discovered Grandma-Jude's old roller skates and put them to good use! 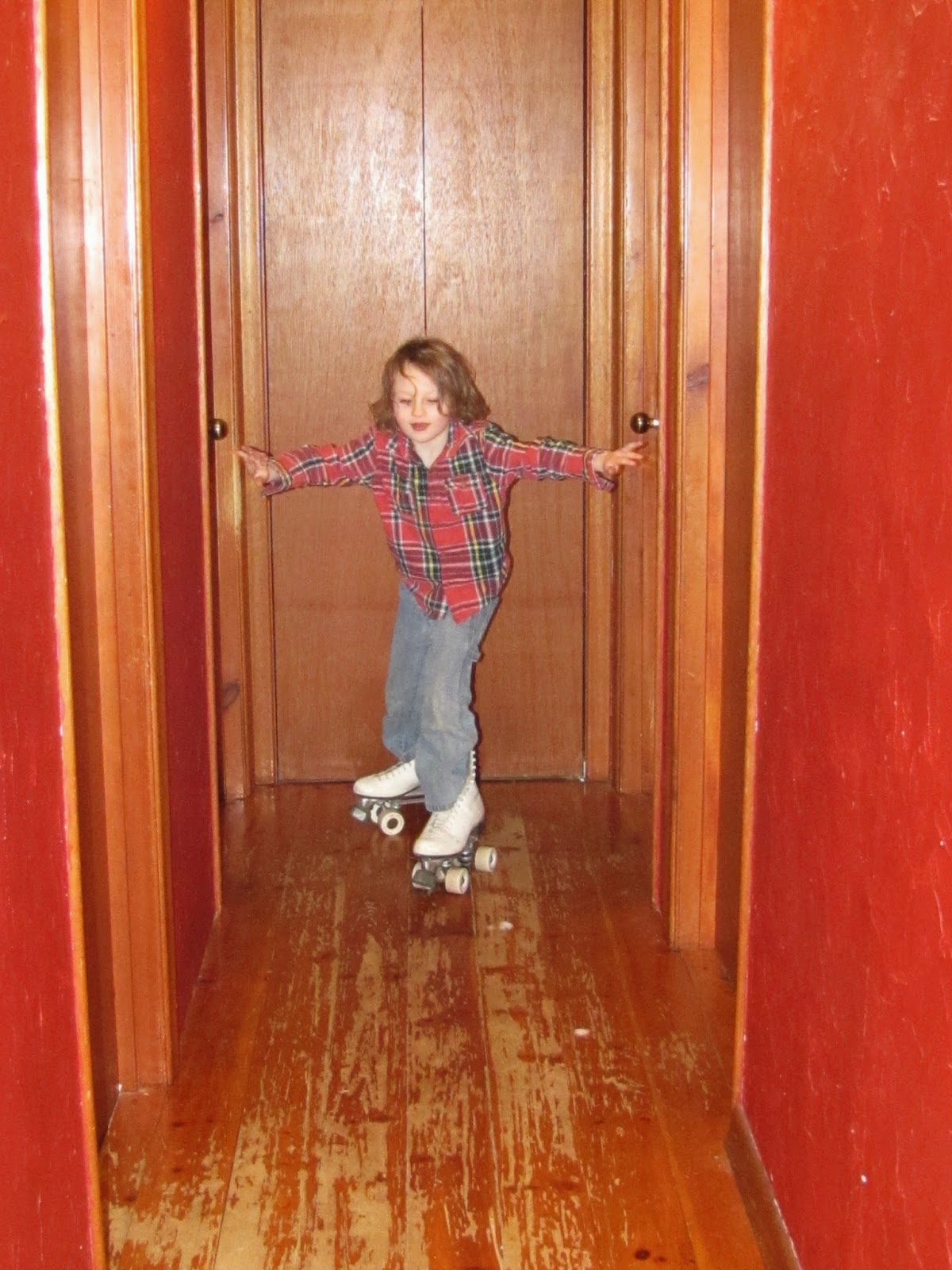 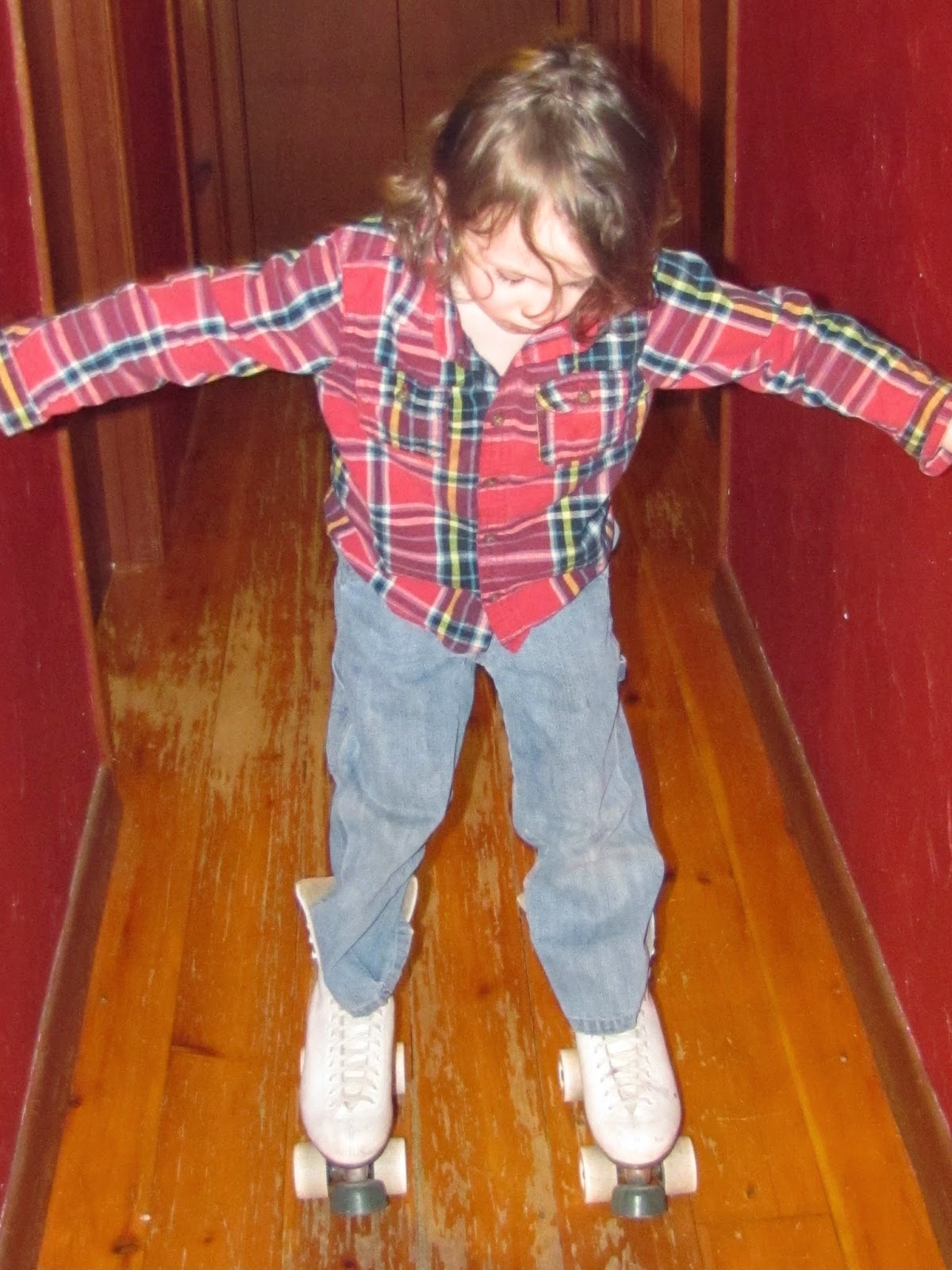 Jude loves to draw wherever he goes. Grandma-Jude gifted him with a great big sketchbook and he filled so many pages while we were visiting there!
Jude decided he was going to sleep beside the orange in the picture come nighttime. He thought he was so clever and funny to do such a thing! Ollie copies everything his big brother does, so naturally he conceived to bring a clementine to bed the following night (-; 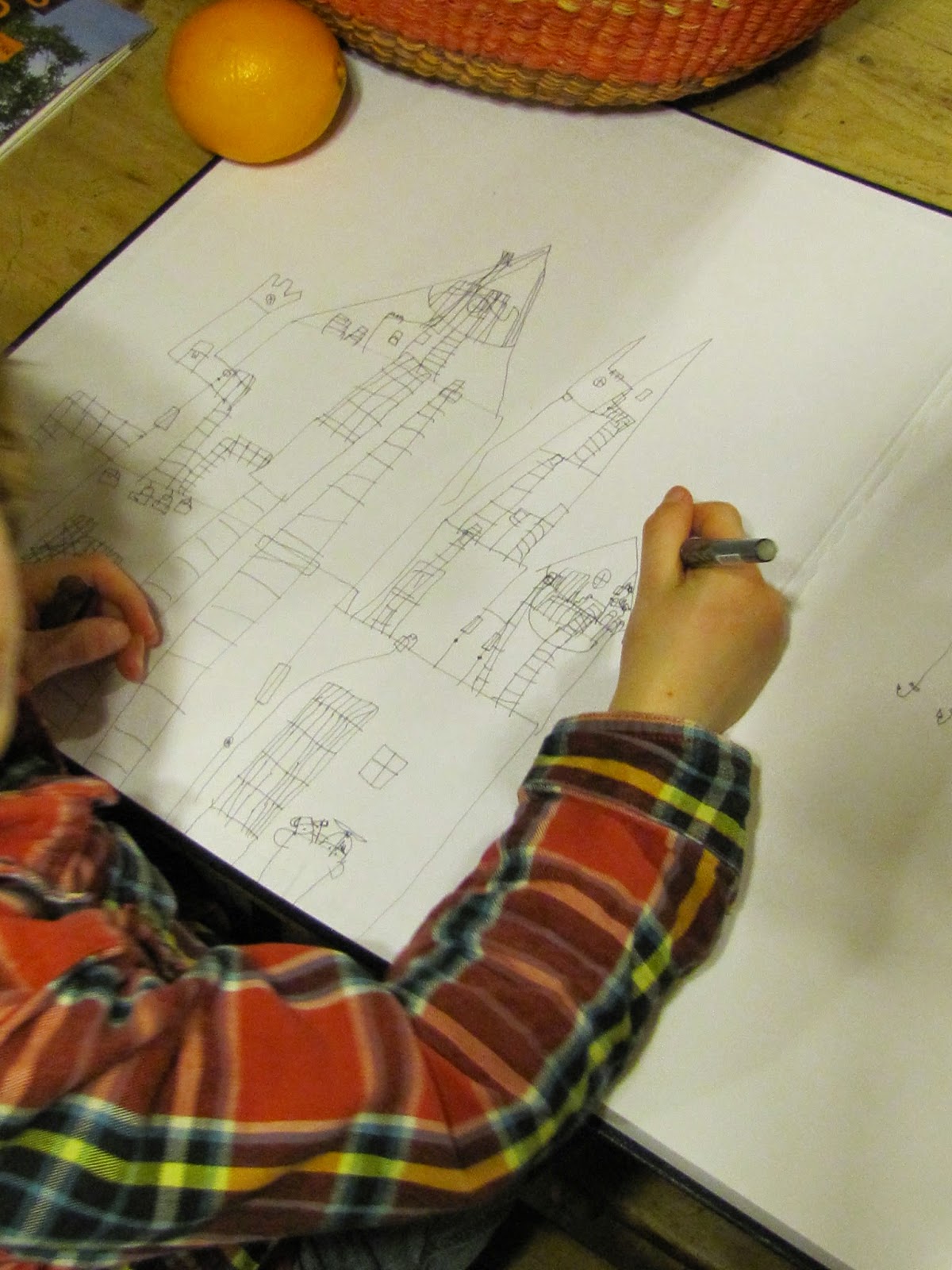 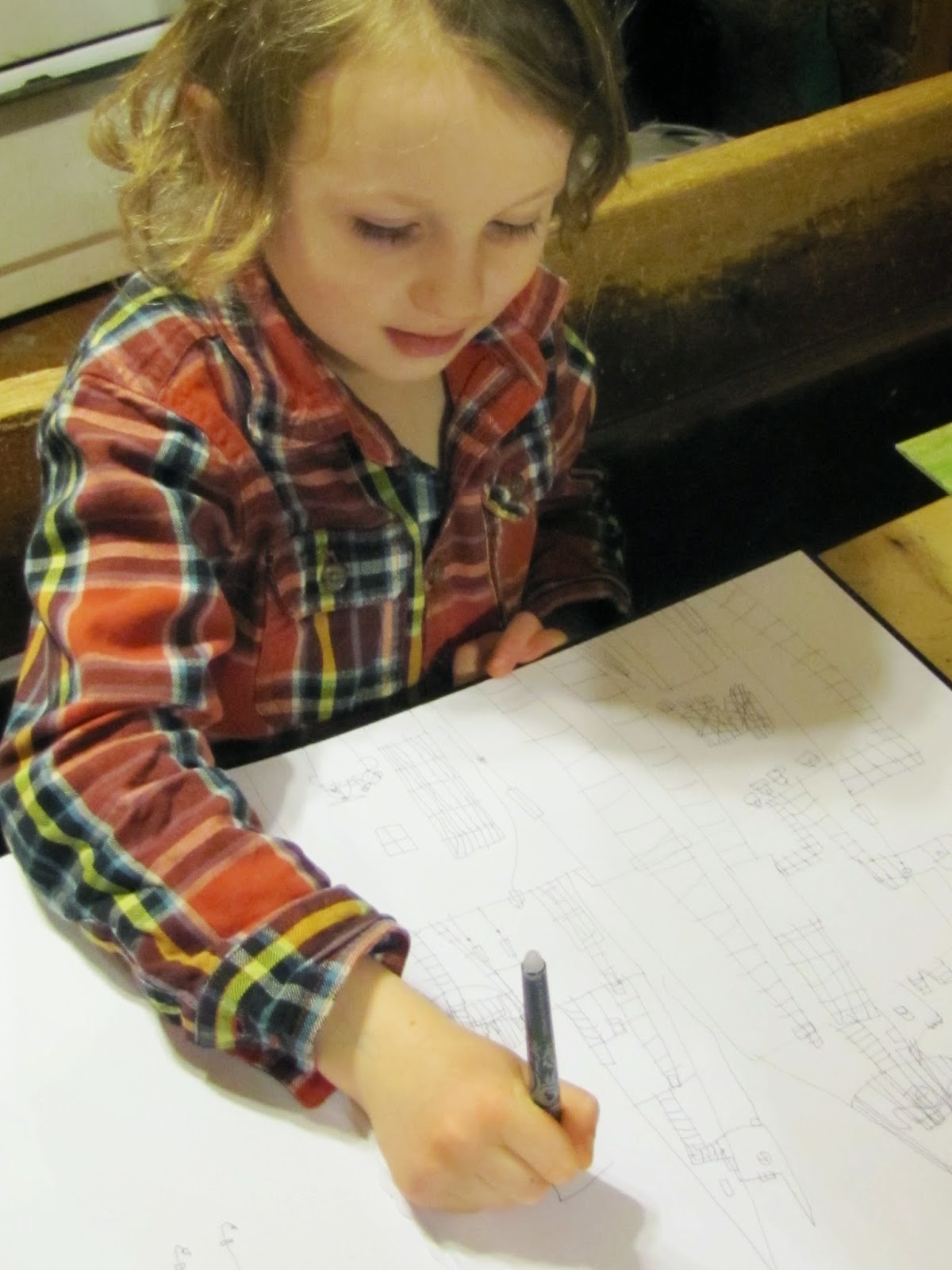 A simple breakfast of rye toast with cheese, applesauce and tea in a place where I had no early morning freezing-cold barn chores to do! This in itself was quite a treat for me. 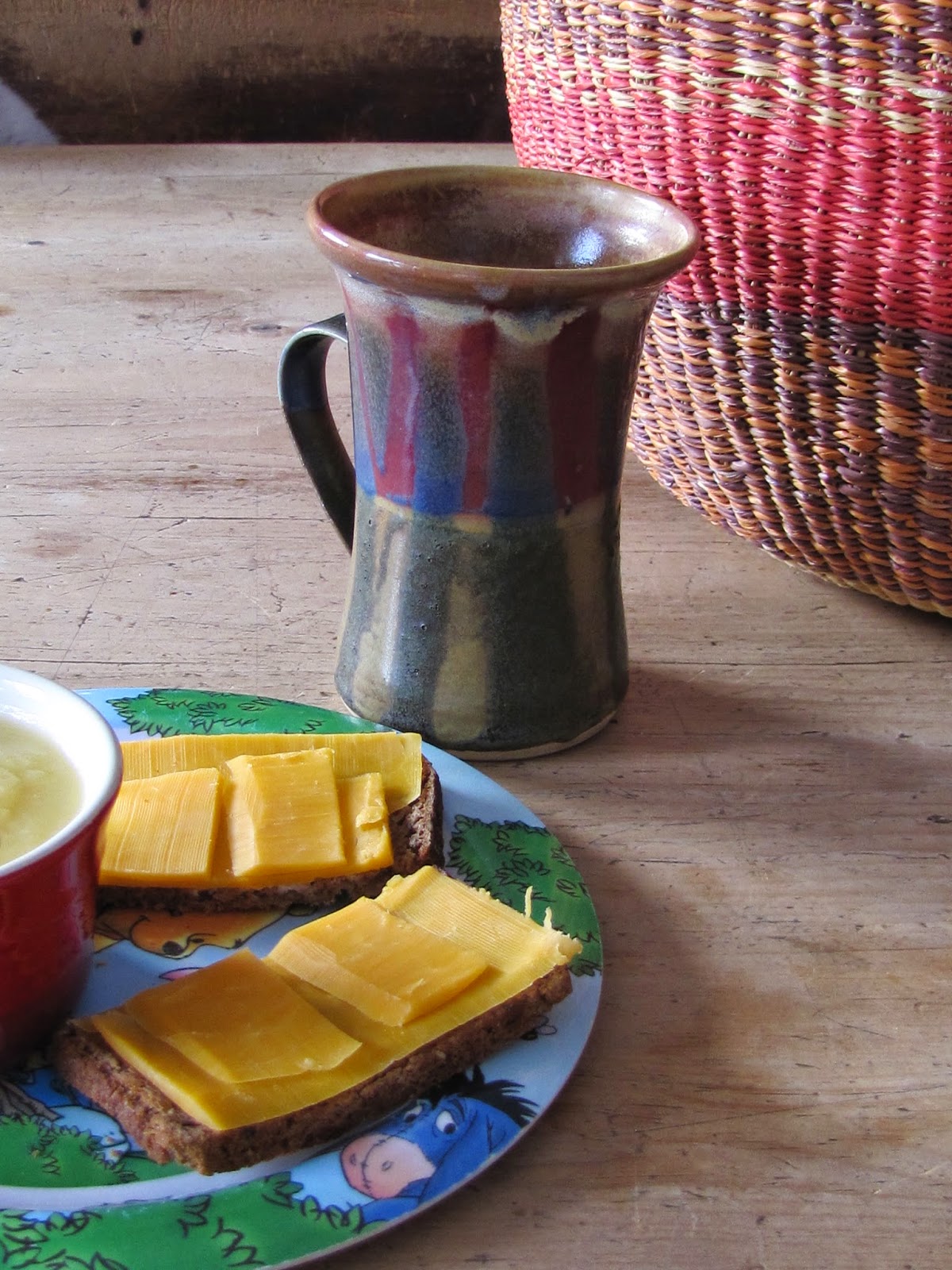 I taught my Mom how to needle felt, and we sat for the entire morning doing so. It was very peaceful. 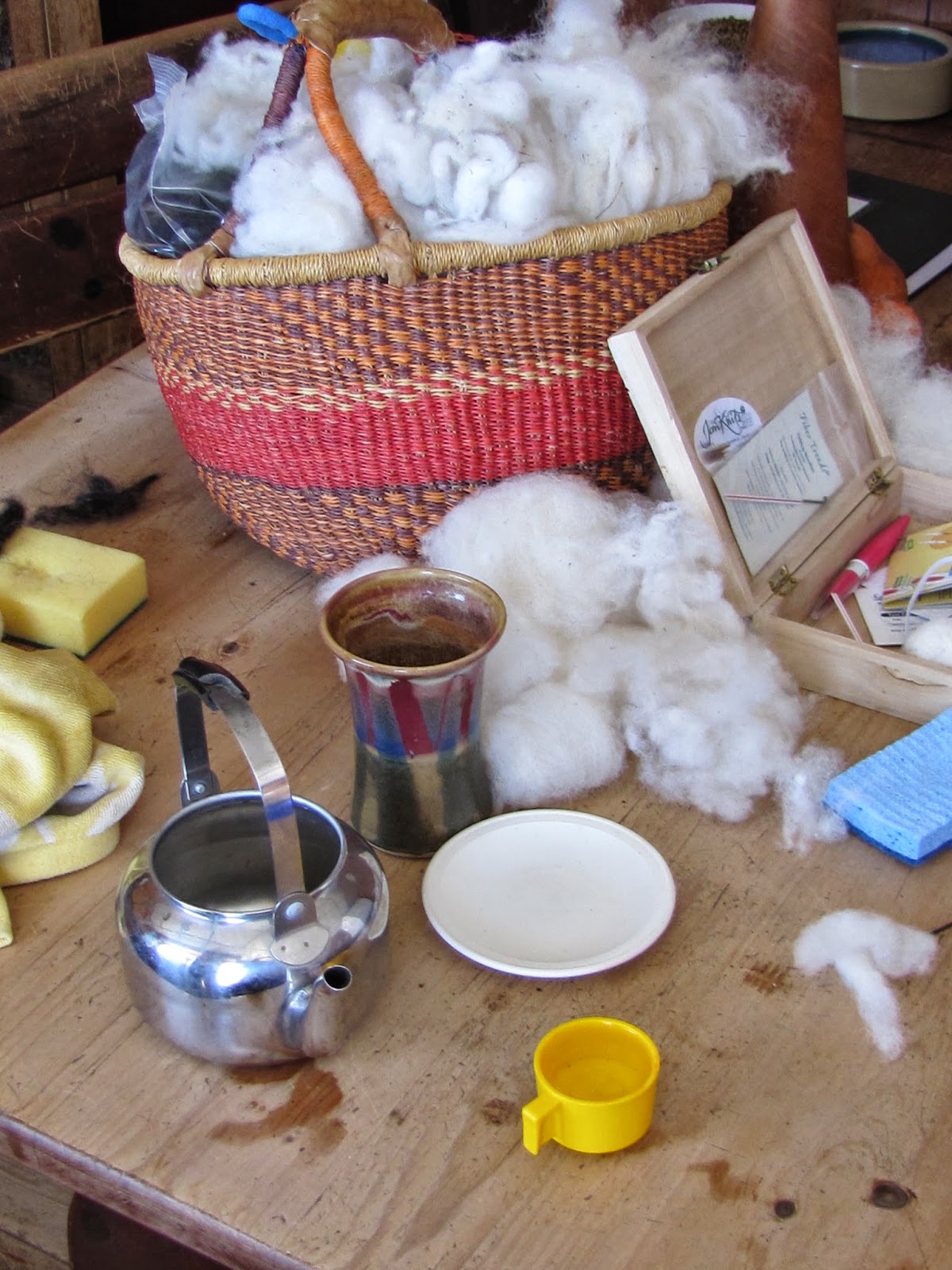 This is My Mom's cat Sumo. She is really quite the character. Amarook the dog always seems to evade the camera! 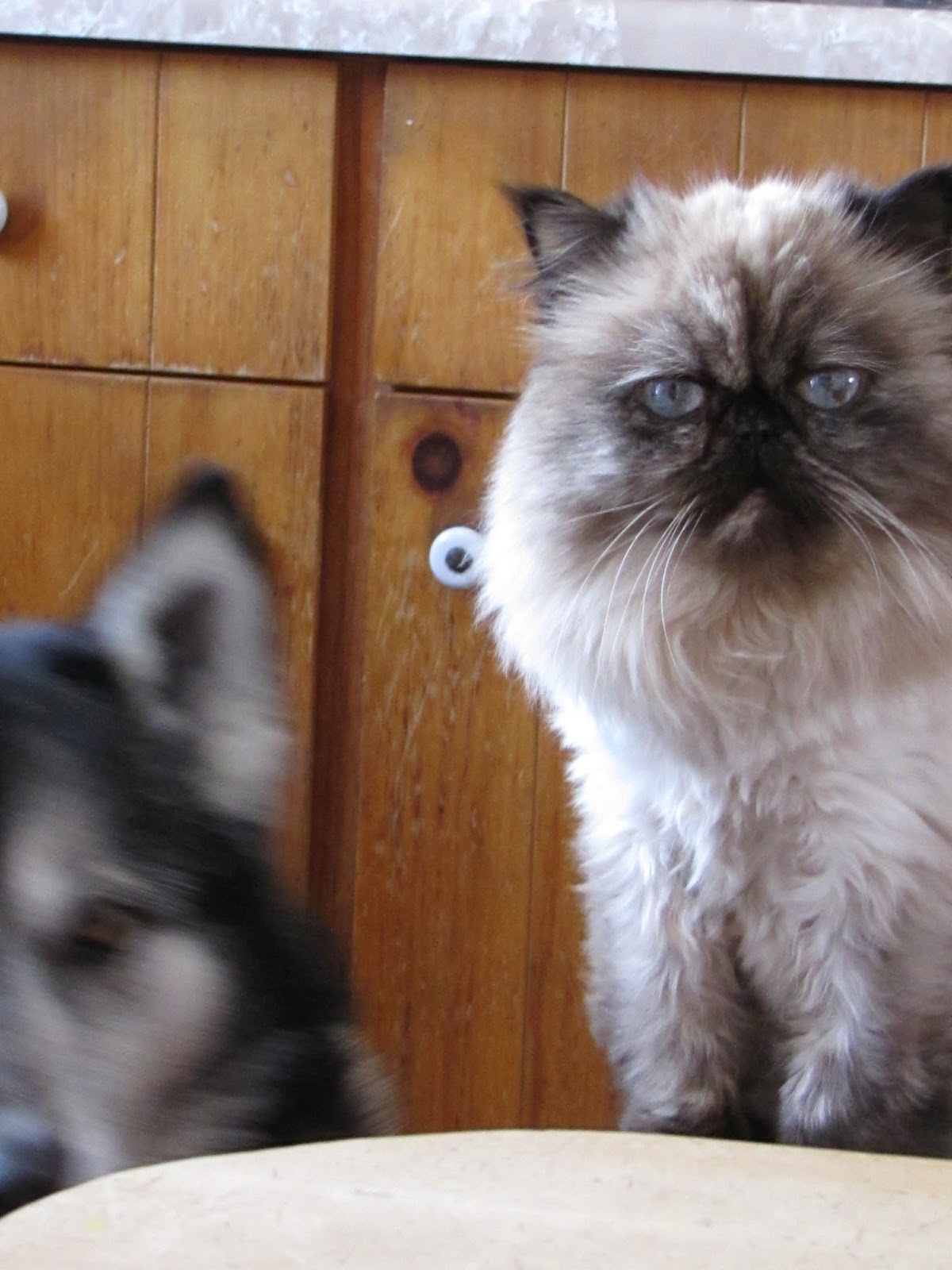 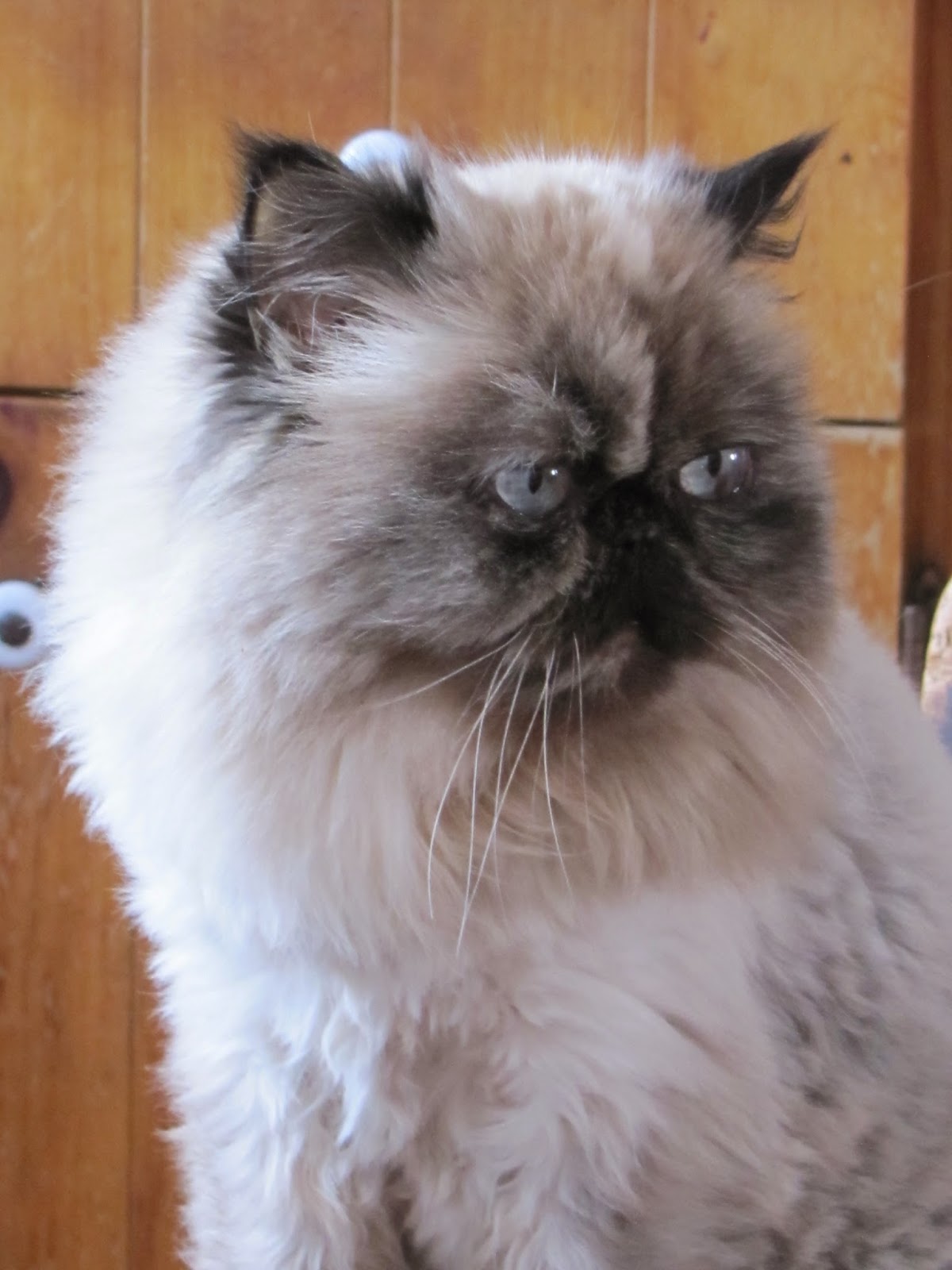 I made this little sheep and then gifted it to a good friend later that day (: 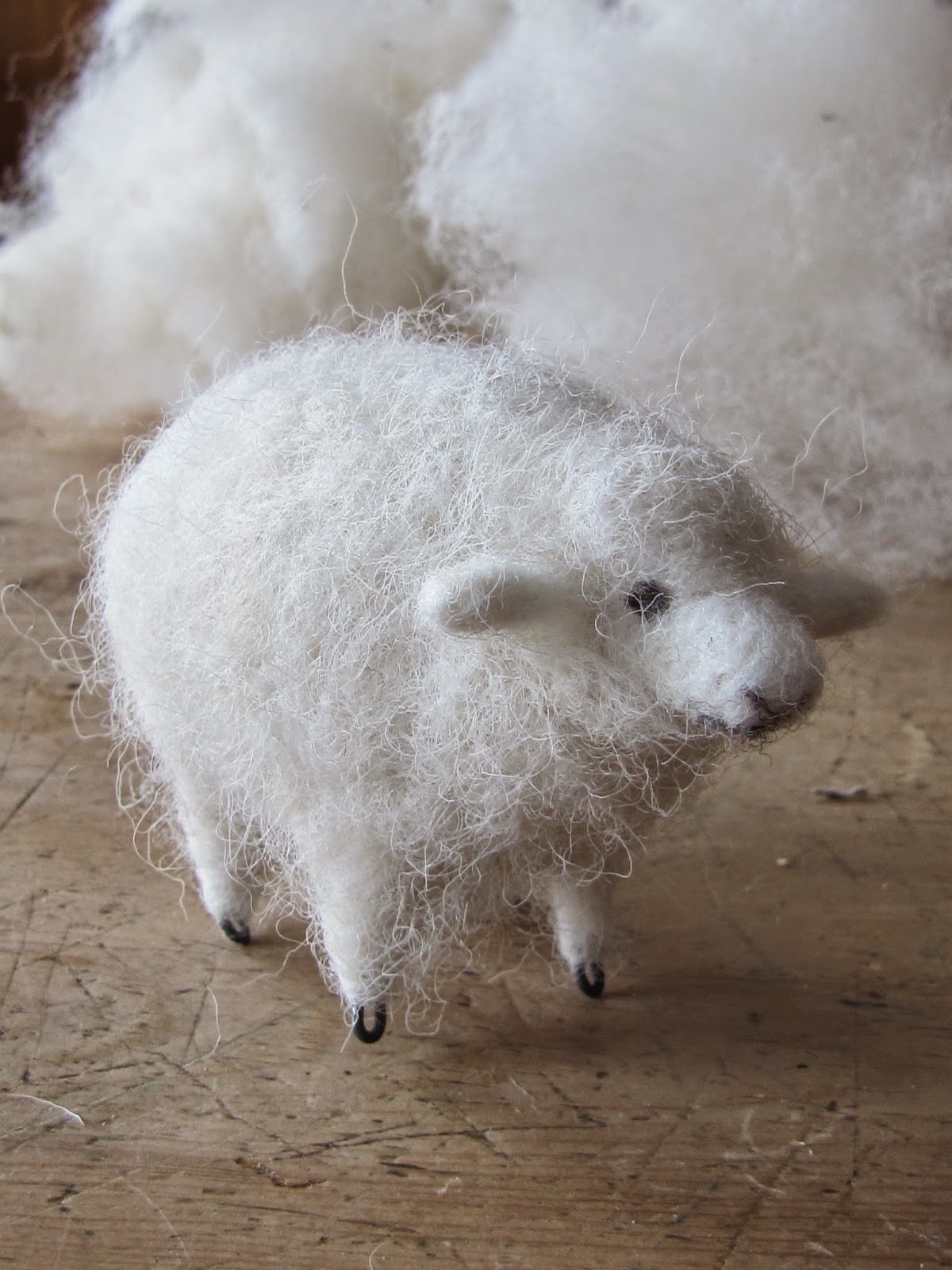 It has been quite a time since we made the trek down to my parents' house for a weekend visit. Now that we have moved, it takes two and a quarter hours to drive there but for some reason it didn't feel unpleasant or boring on the trip there or back. The boys were remarkably well behaved both times, thank goodness! We don't have a lot of car-ride perks, Just some gluten-free crackers and a bag of books!
For some reason, Ollie didn't make it into any of the pictures. He does seem to be running fast all of the time, rarely settling in one spot for very long. Poor Bella caught a 24-hour flu and so had to stay home with Jason who is working on some paintings. Such a talented artist he is! I will post some pictures soon (:
Posted by Samantha Tara at 1:34 PM No comments:

The past two weeks. 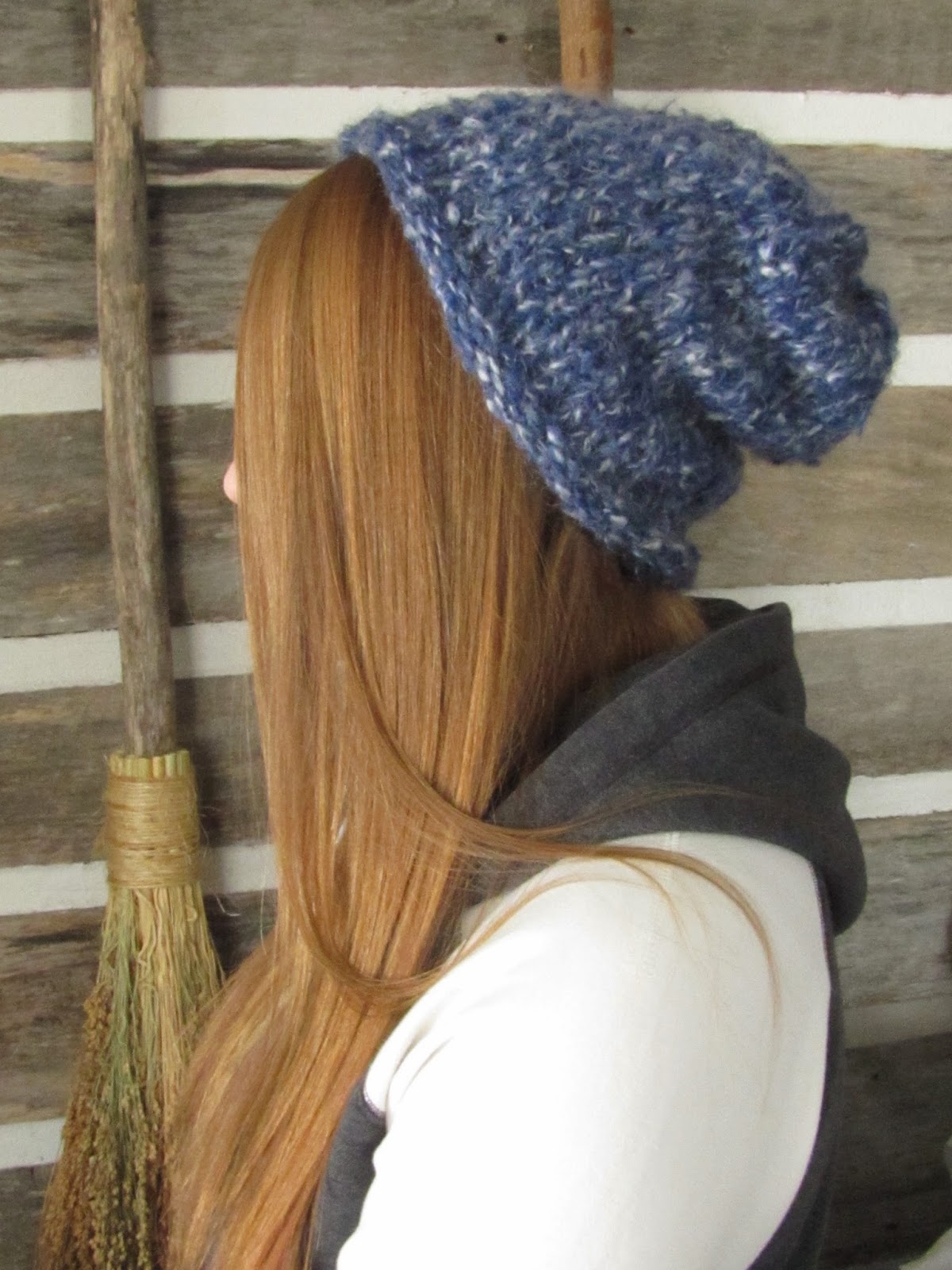 Isabella has been knitting! She first learned when she was eight years old, but lost interest shortly thereafter. Now that she is 14, she has picked up right where she left off and has been knitting herself some slouchy hats, and also secret presents for an upcoming birthday. I cannot tell you how happy it makes me to see her engaged so devotedly in handwork again! Creativity in all aspects seemed to wane the longer she attended traditional school, but something wonderful has happened since moving to this new house of ours; We have all been confronted with newness, uprootedness and change of course, but with the newness comes a sort of freshness. A new start. And so she knits! And my mama self rejoices! 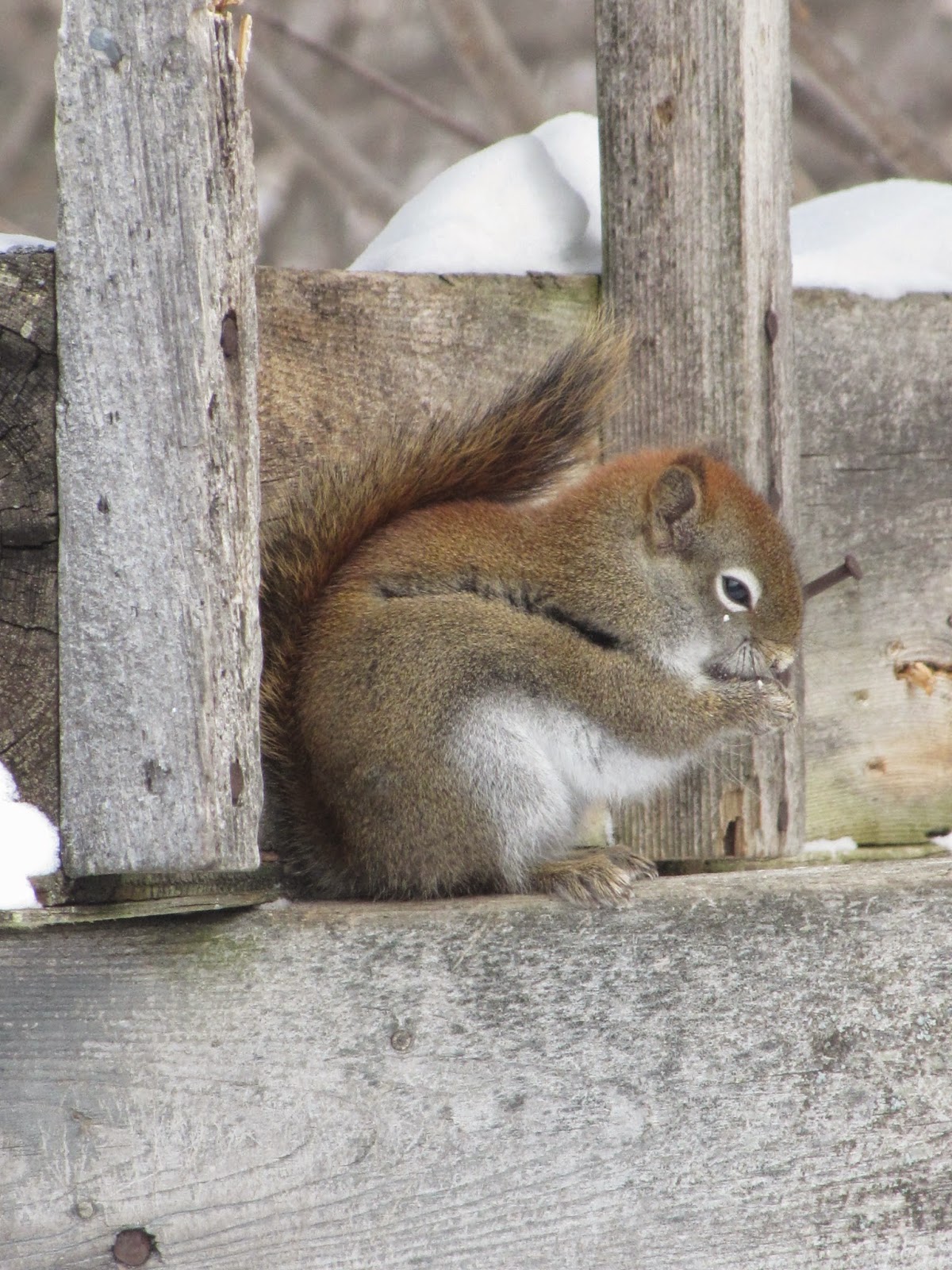 This is our squirrel-friend who shares the suet cakes we hang for the birds. He has a huge scar across his body; who can know the trials he has endured? In that vein of thinking, we are glad he found his way to our bird suet to help him get through this brutally cold, dark and snowy winter. 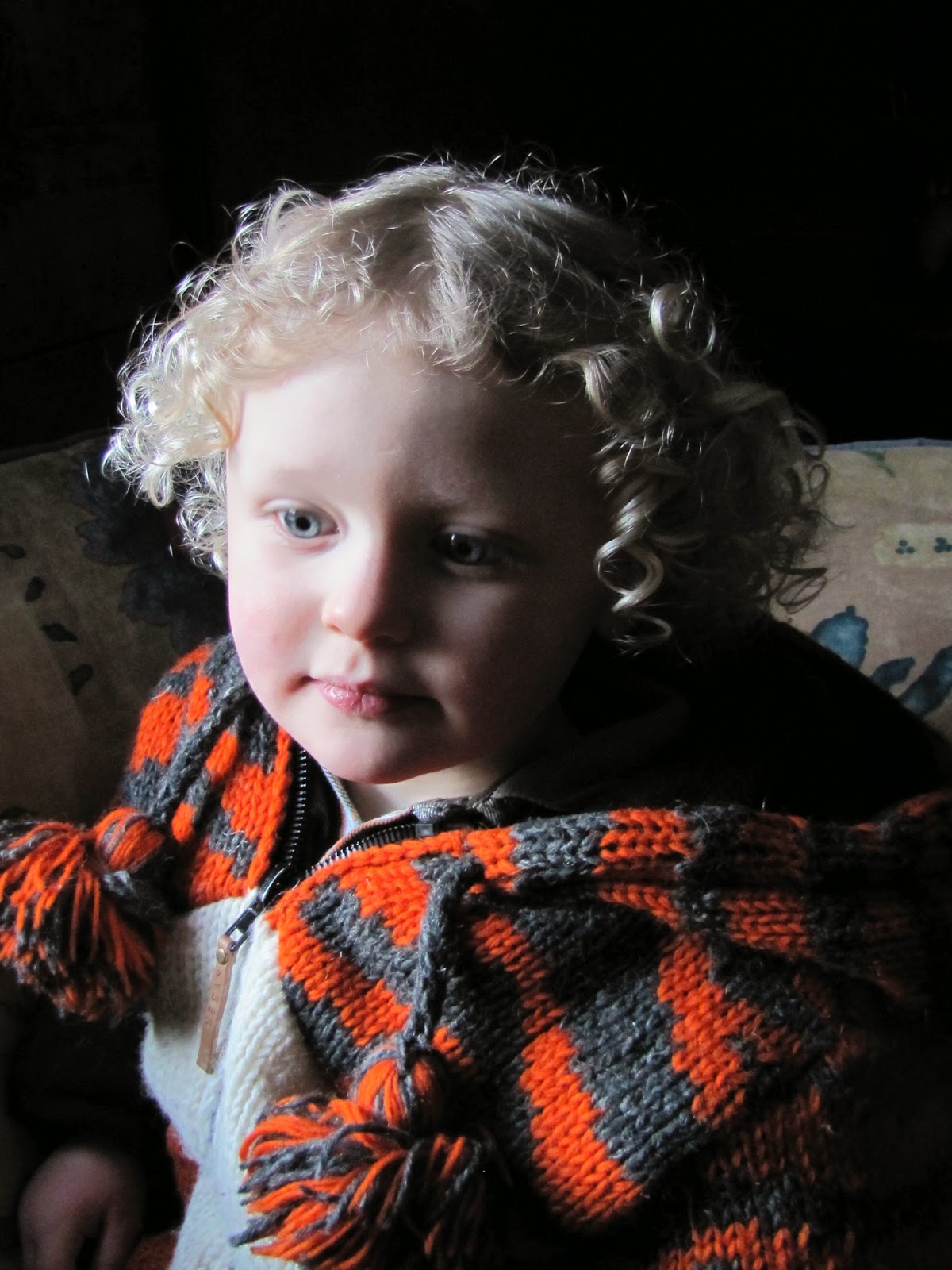 Ollie, sitting by the window in the late afternoon winter light. 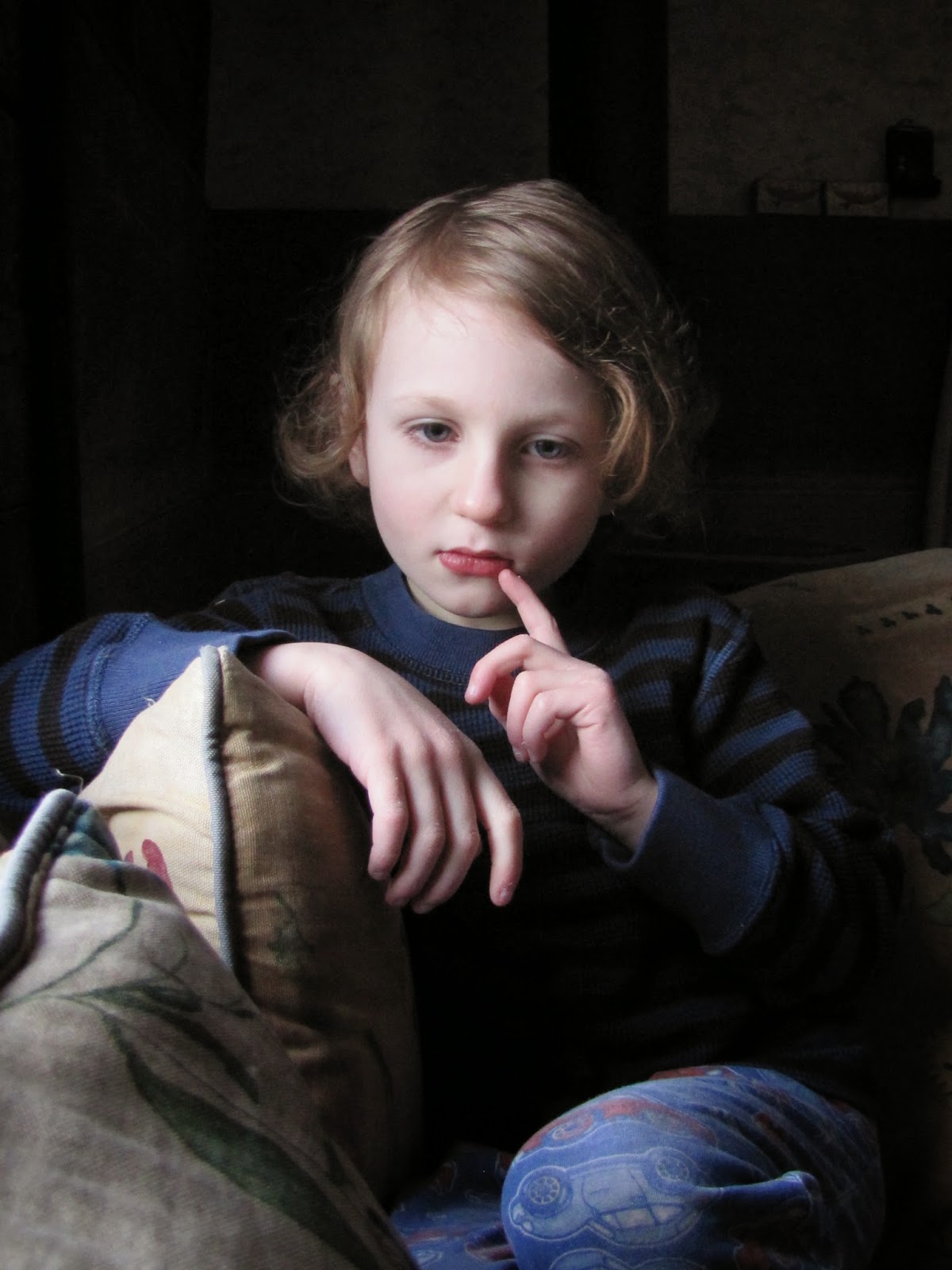 Jude, sitting by the window in the late afternoon winter light. 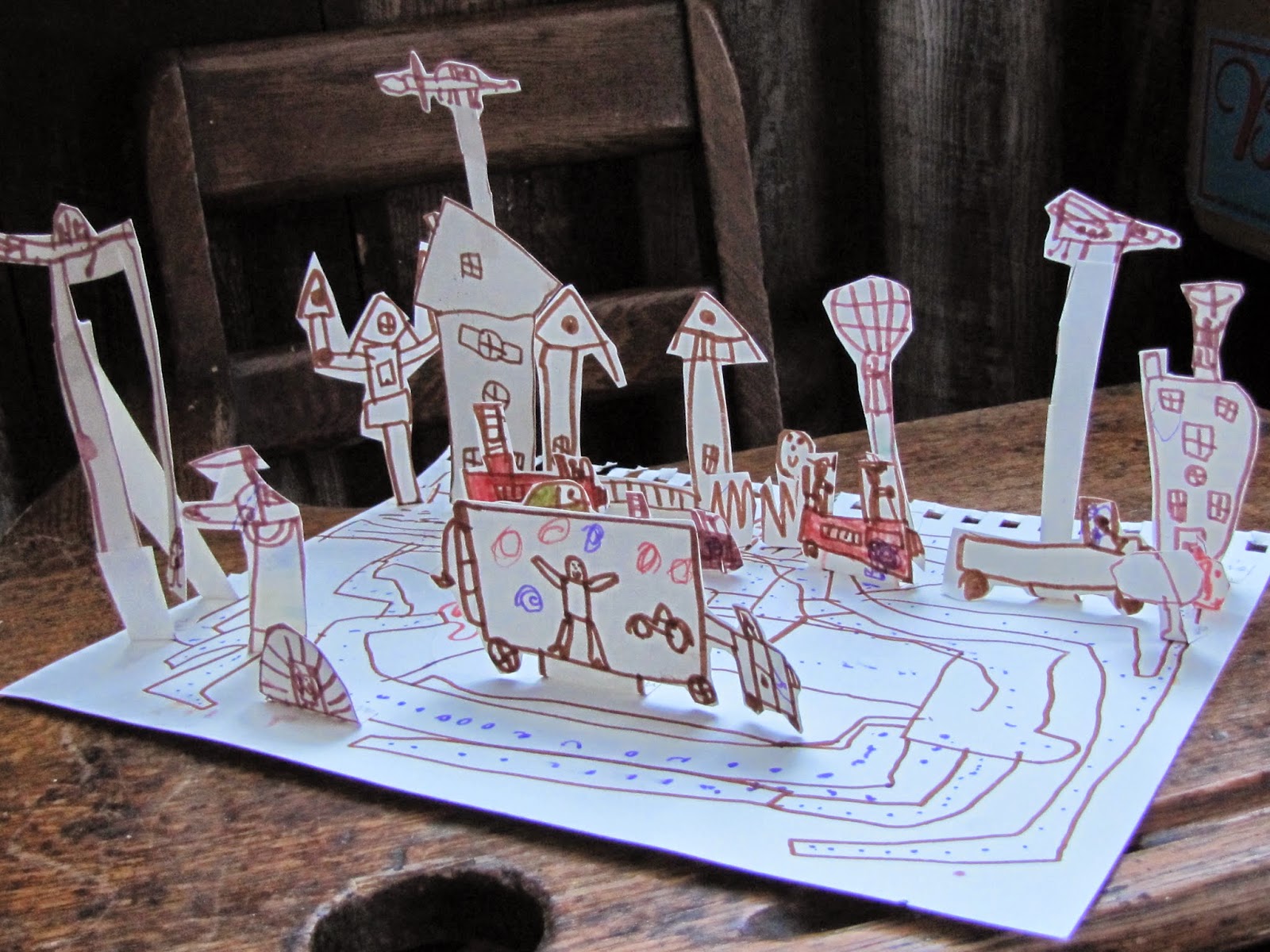 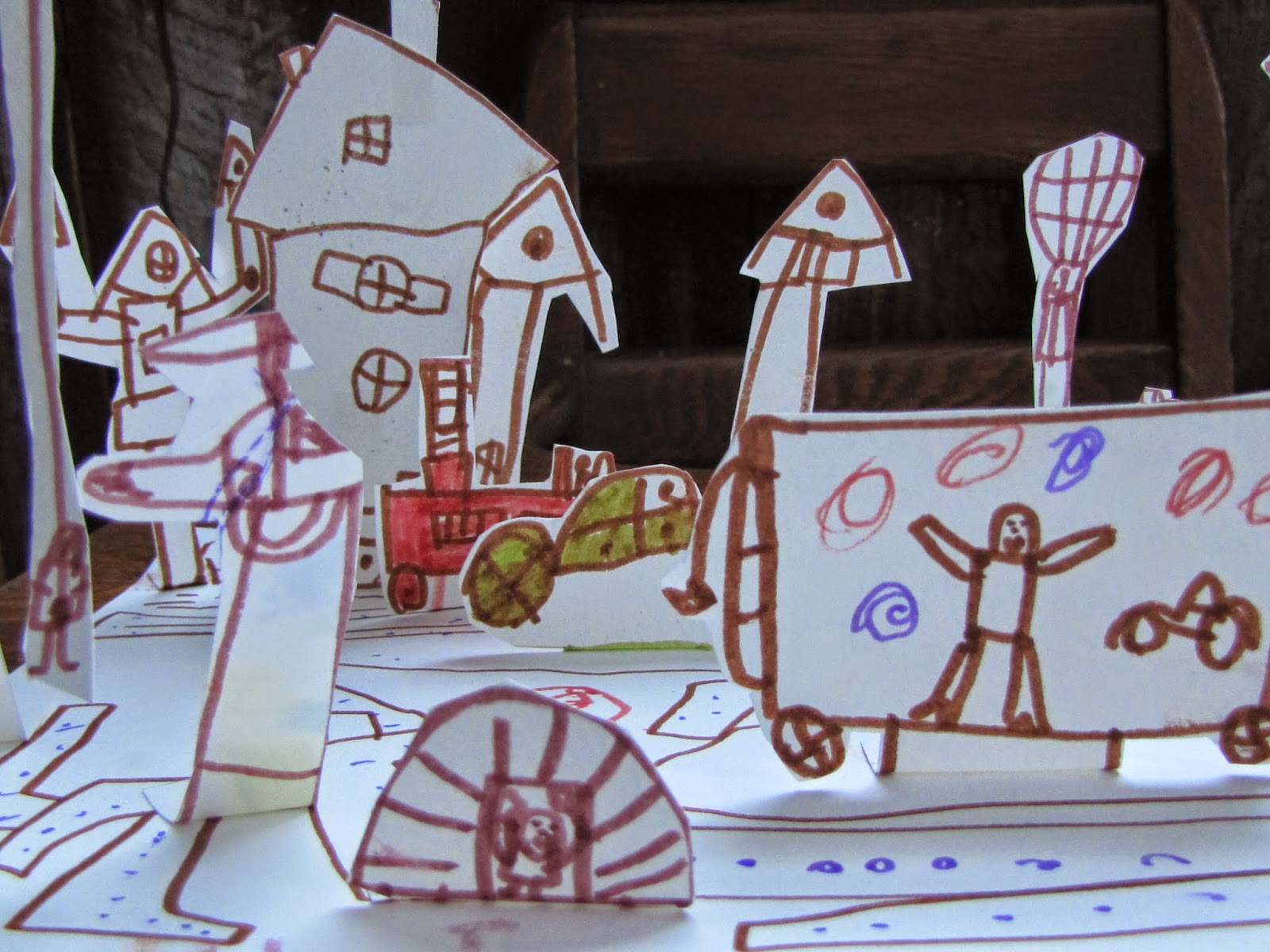 Jude made this 3D town/highway by drawing cars, roads, trees, buildings and cutting them all out while remembering to leave tabs at the bottom for gluing. Jason did the actual gluing part. Jude was very proud of his creation (: 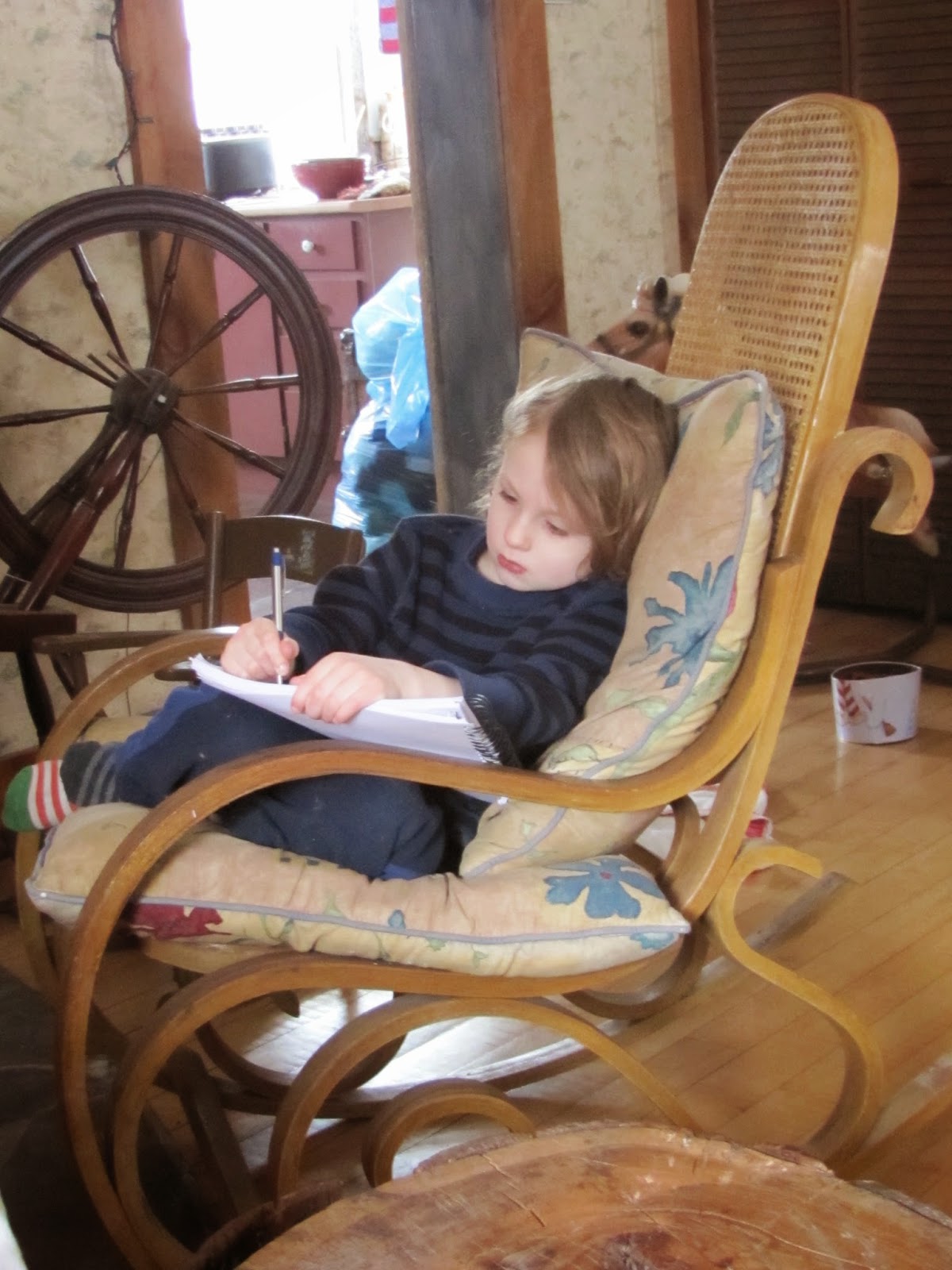 Jude's very favourite activity in the whole world right now is sitting in my rocking chair by the fire and drawing inventions in his sketchbook. It is the first thing he goes to after waking in the morning and the last thing he does before bed..I remember having the same unsatiable creative hunger when I was a child. It's so beautiful to watch your children unfold. 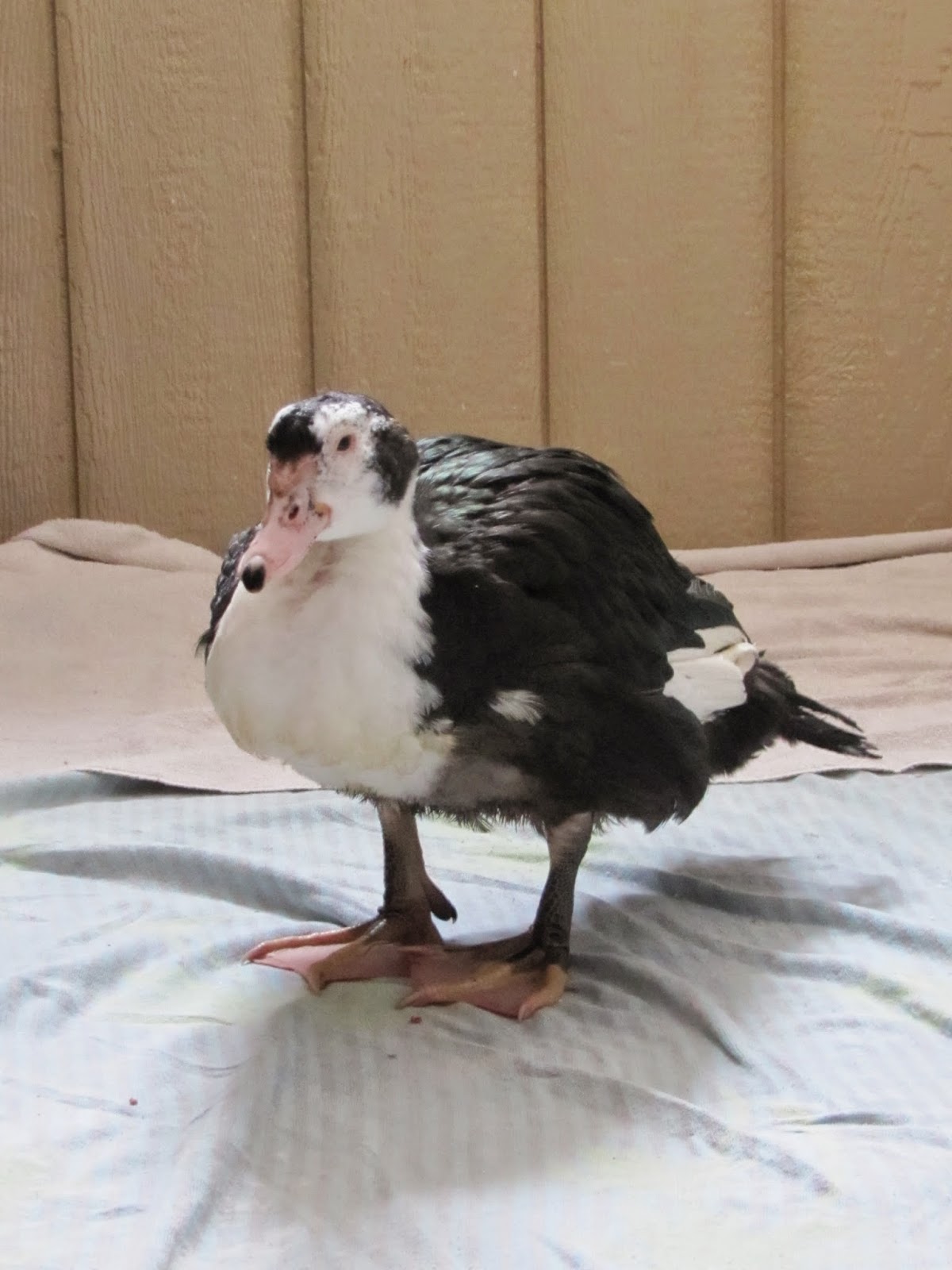 This would be our muscovy drake with the very worst luck. A week or 2 ago he somehow managed to snap off five bloodfeathers from his wing so we brought him inside the house, gave him a bath and then Jason pulled out the remaining feather shafts. We are new to ducks but we learn fast. We have to! Injured animals don't wait until you are are actually prepared to pull their injury stunts!
I strolled out to the barn a few mornings ago to do my (normally) calm chores and found the same drake with five broken bloodfeathers on his tail this time. The duck house looked like there had been a bloodbath in there and the other 10 ducks were covered! Not the most pleasant way to begin my day, I can assure you. Jason wasn't home this time, so I brought the drake inside and put him in the bathtub while I gathered my supplies (pliers, towels and cornstarch to stop bleeding). I sat down on the floor, wrapped him in a towel, pinned him under my arm and then pulled the remaining feather shafts out. The poor guy. Like the time before, I let him rest on the bathroom floor for an hour or two after that ordeal and brought him back to his friends in the barn when he appeared to be his perky self again. 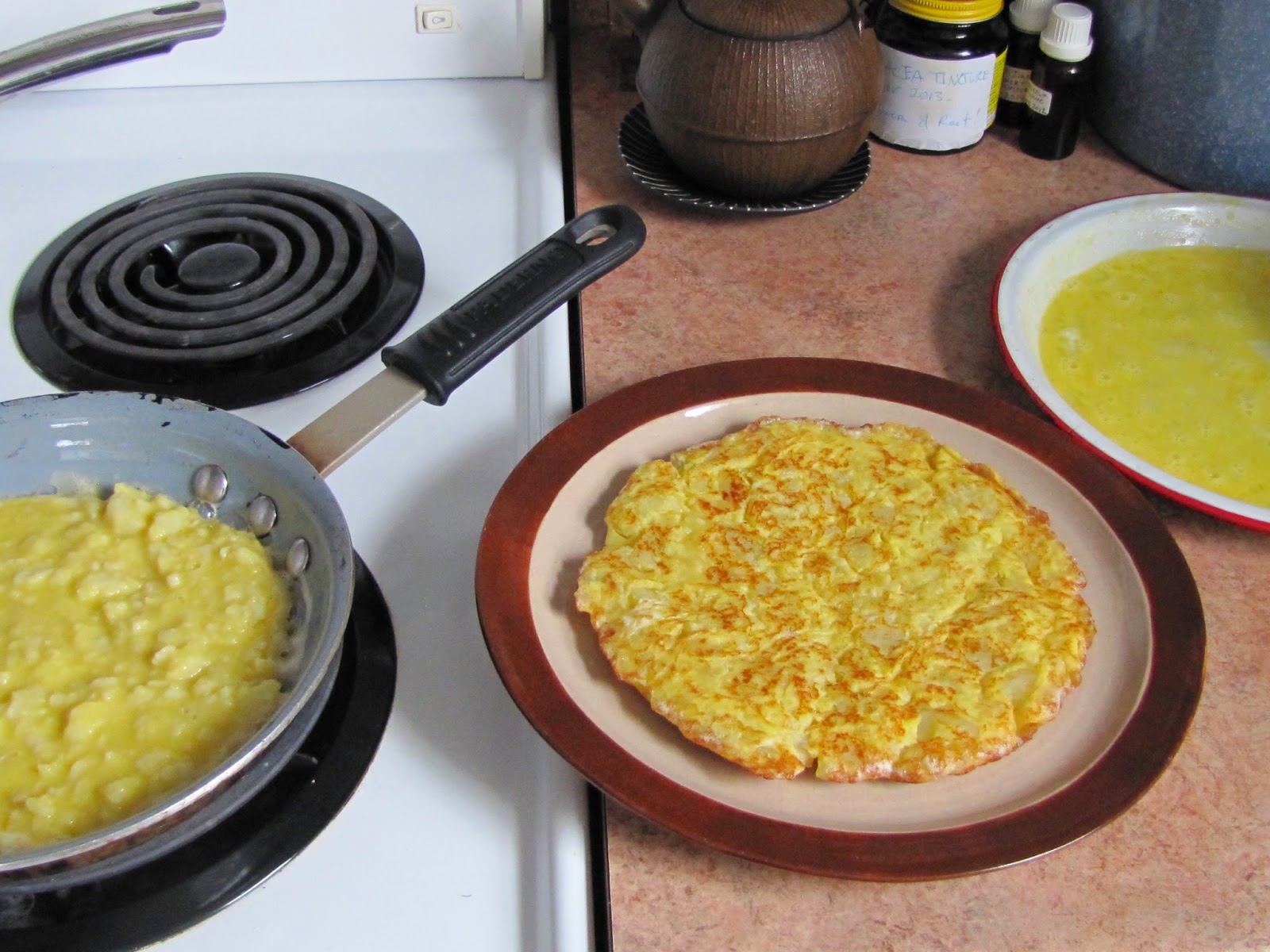 Spanish omelettes in the making. I have a dear friend who was born and grew up in the Basque region of Spain and she taught me how to make these wonderful and delicious omelettes. Her husband's grandfather lived to be 100 years old and ate a spanish omelette every single day for lunch! 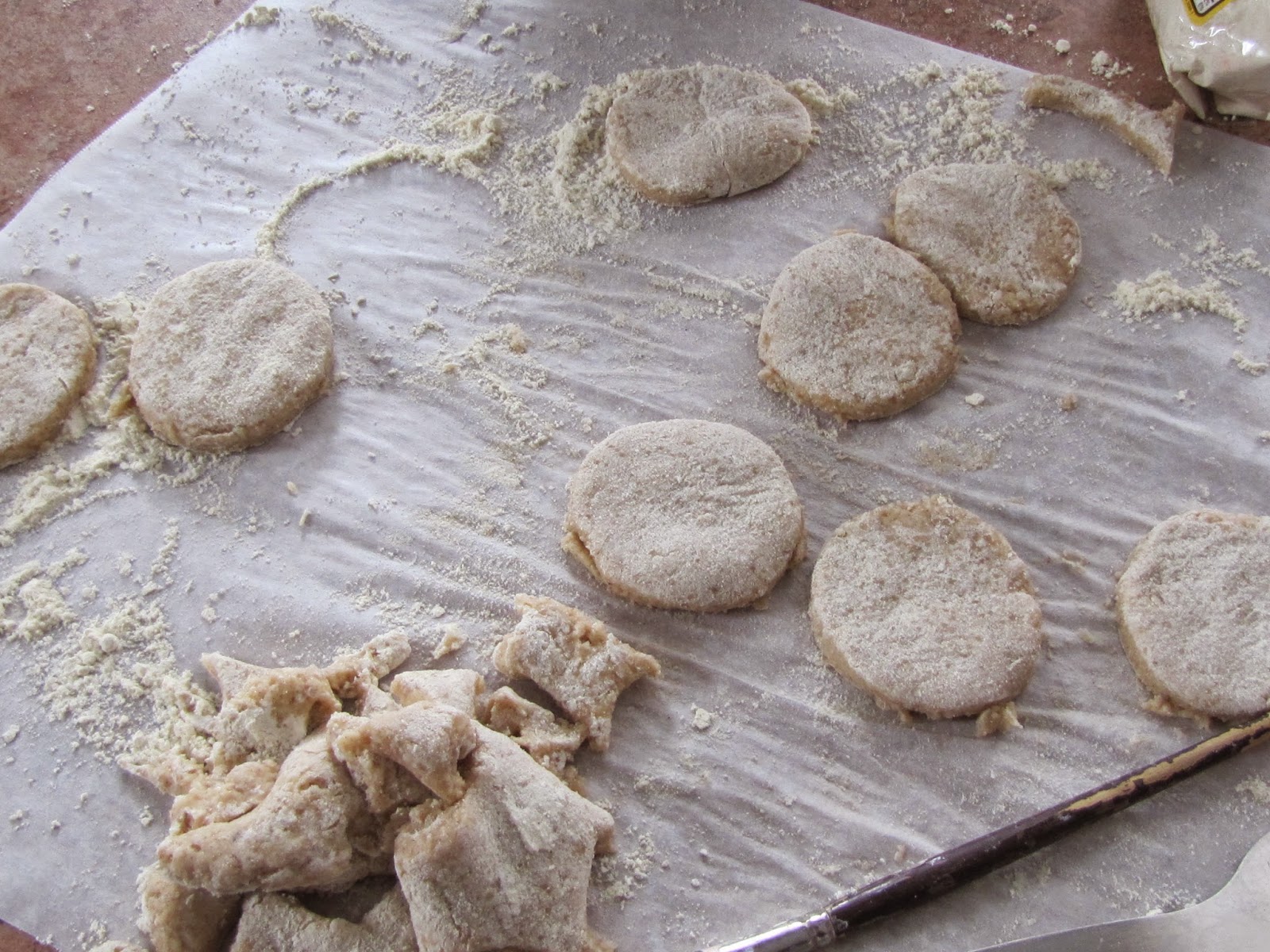 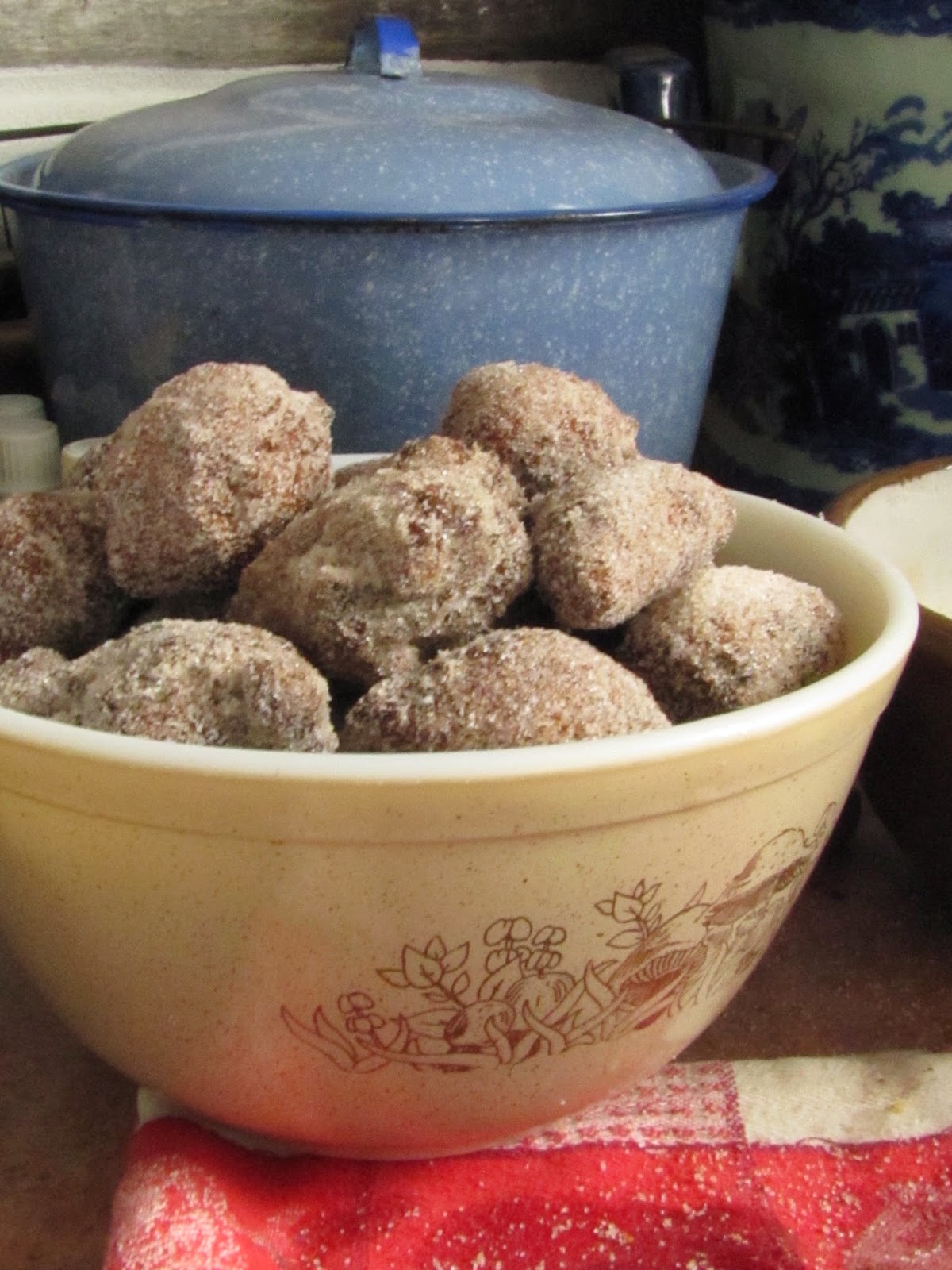 Gluten free sugar cinnamon buttermilk donuts! These were SO good! 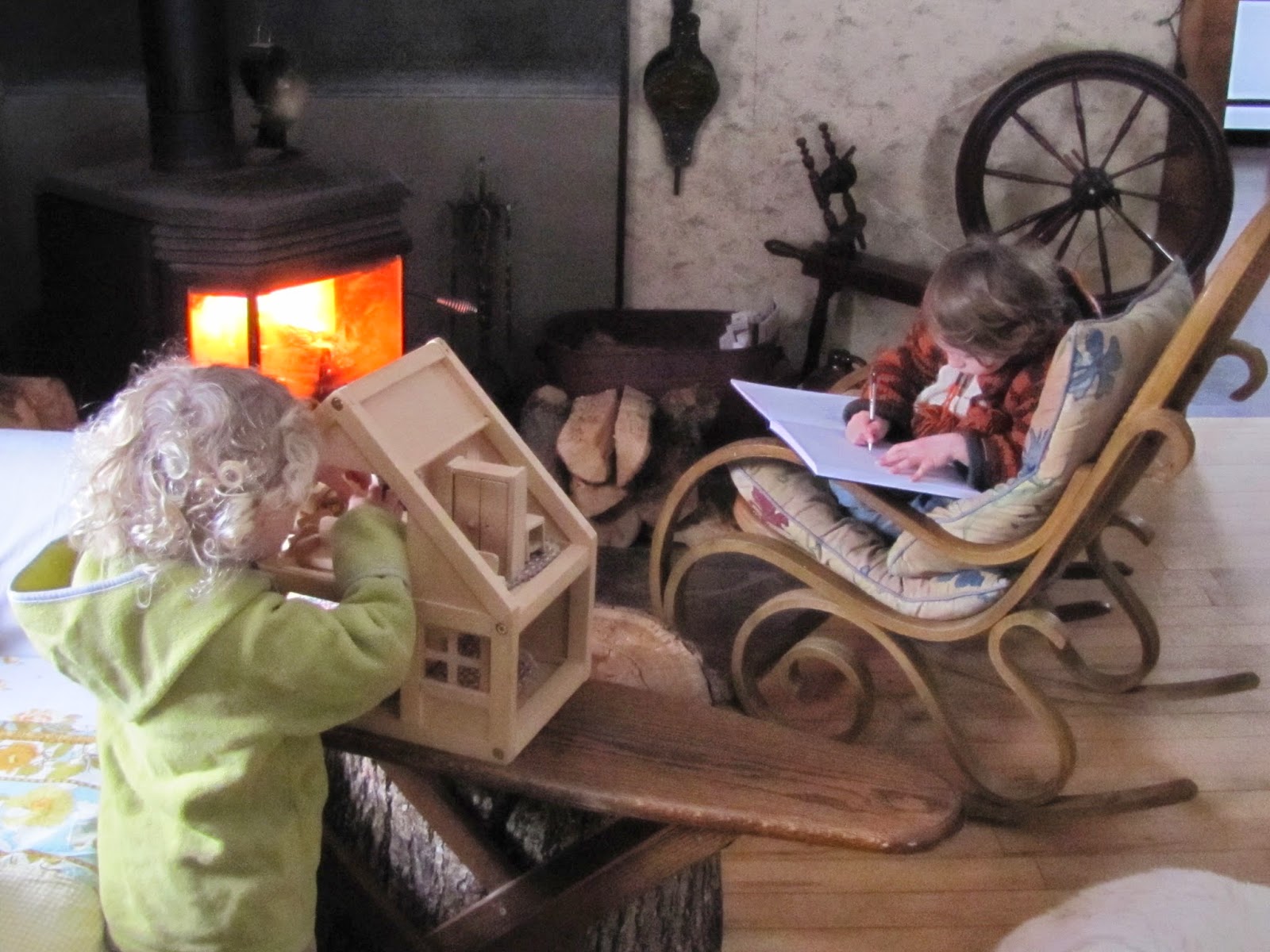 Jude and Ollie, being themselves in our cozy, warm living room (: 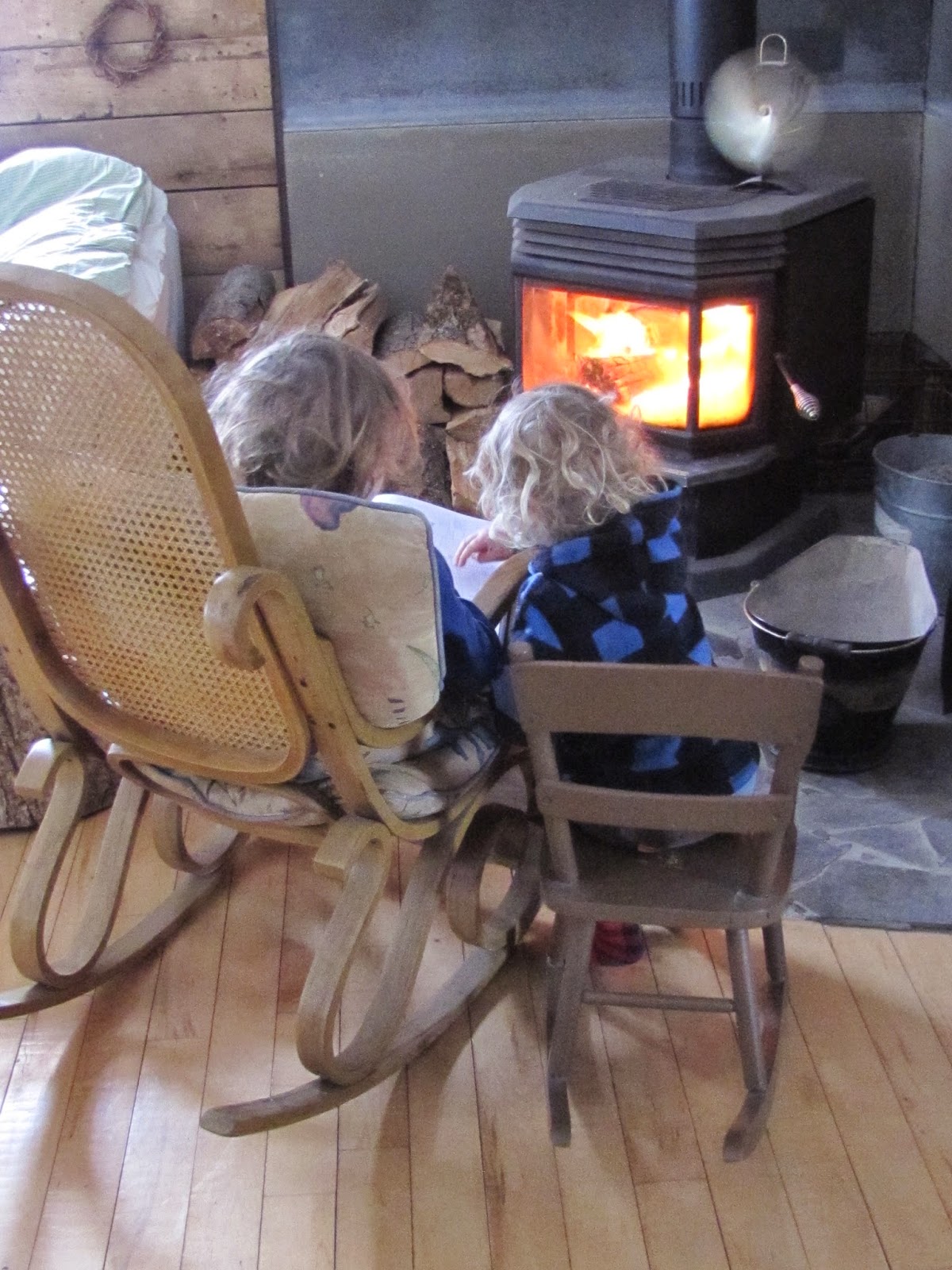 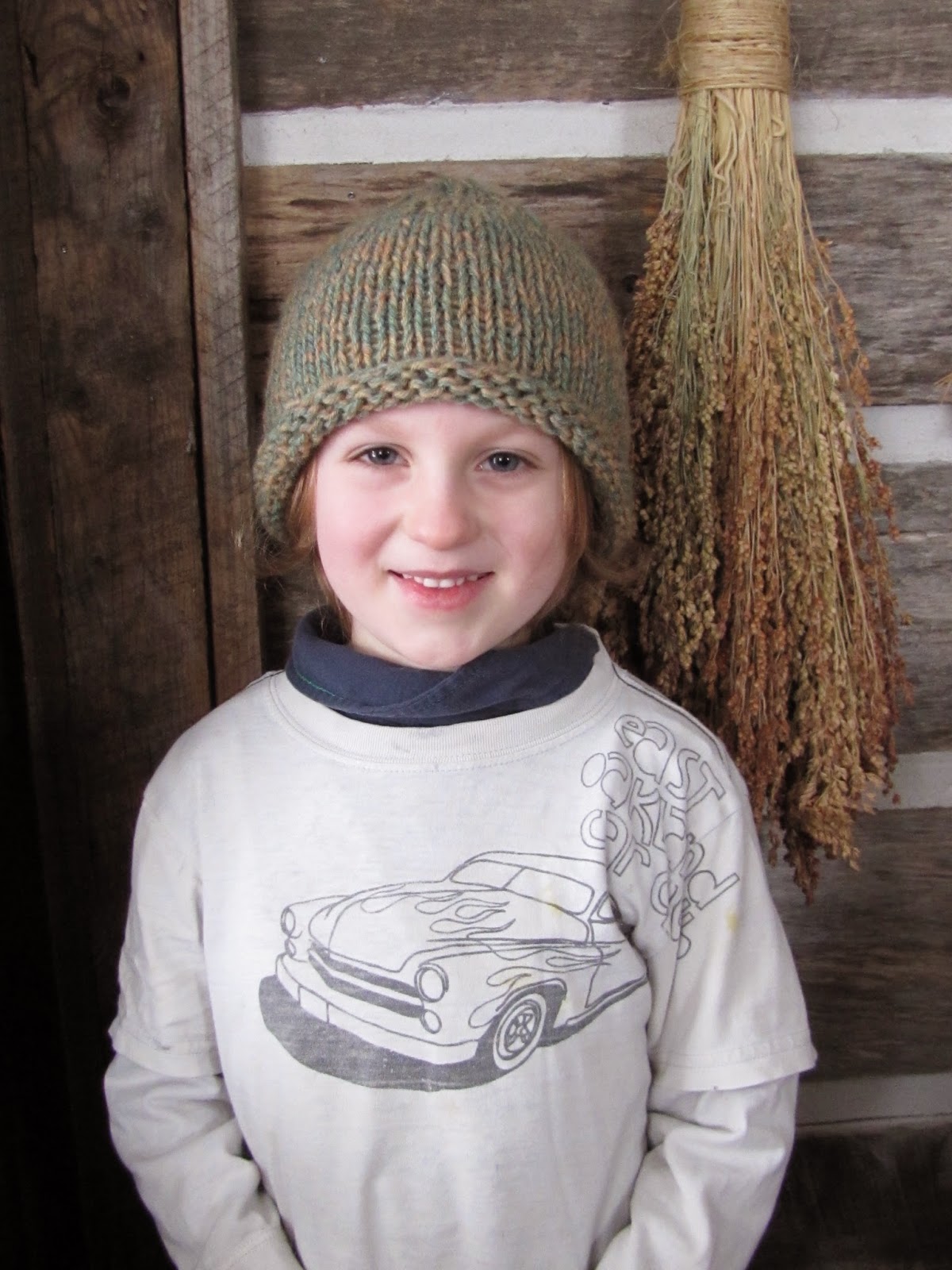 I knitted a quick hat for Jude. I made the broomcorn broom behind him as well, come to think of it. I guess it's pretty apparent which colours I am loving right now! 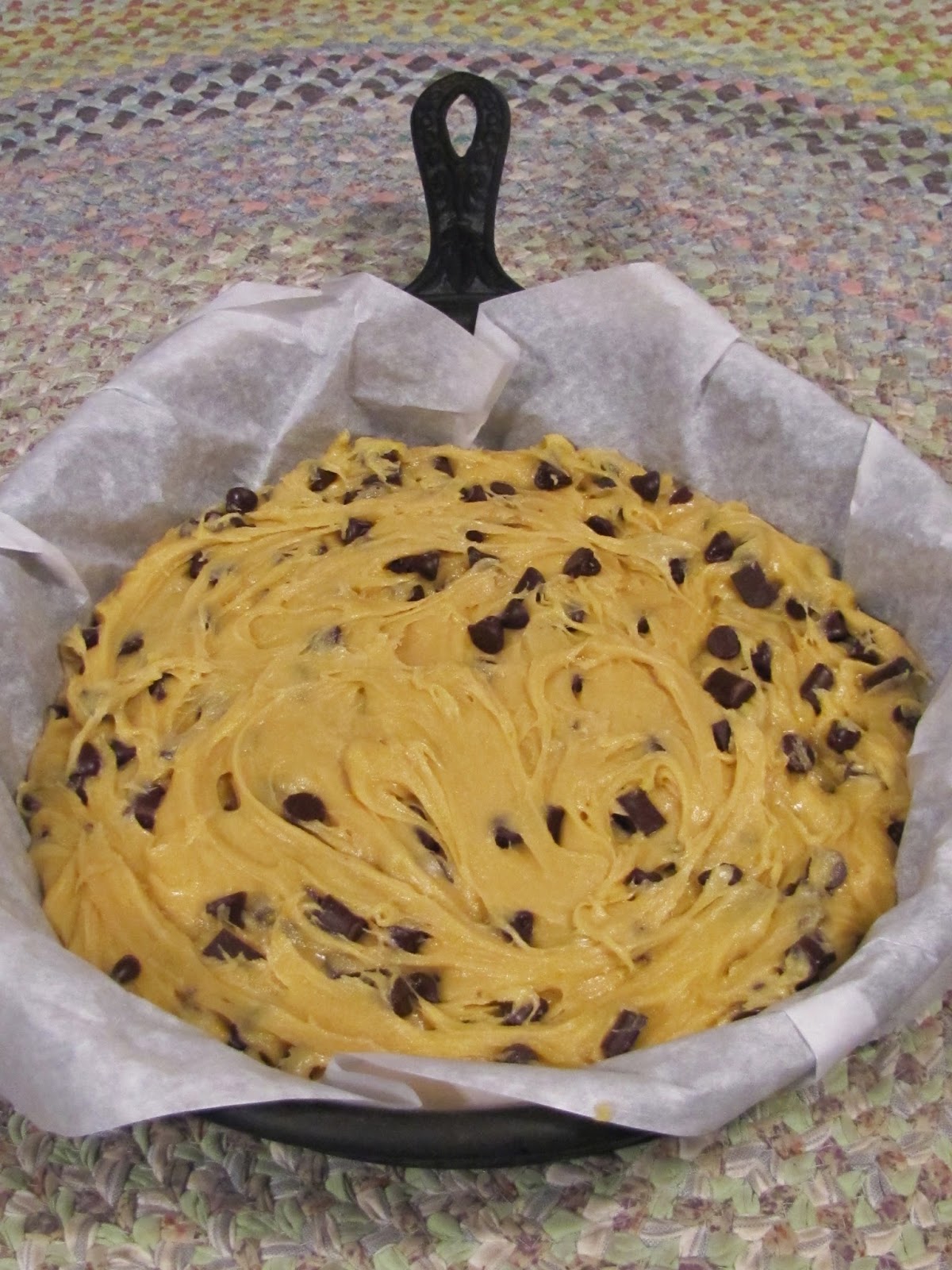 This was amazing. And it looked delicious after it was baked, but sadly it didn't last long enough for me to take a picture! At any rate, it's a gluten free deep-dish chocolate chip cookie cake, baked in a cast iron frying pan. You need things like this to help you stay cheery and sane when locked into a Canadian winter for 6 or 7 months, believe me (-;