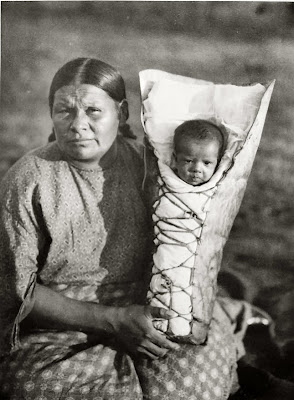 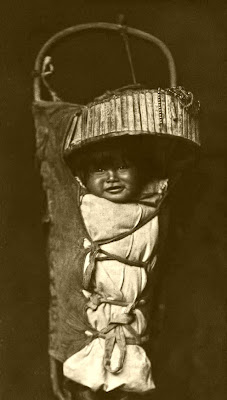 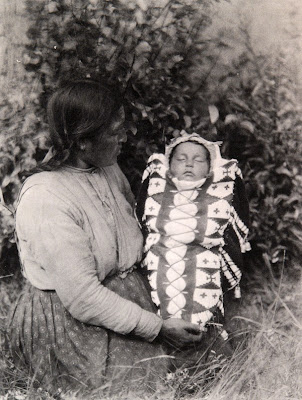 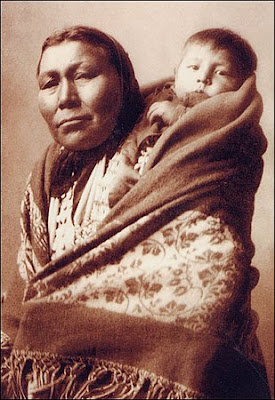 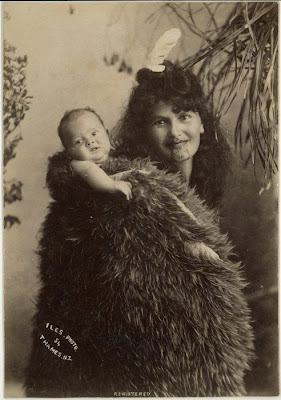 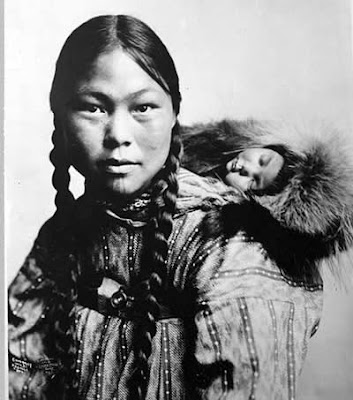 I love these images. They warm my heart. They are so very beautiful..I wear my own baby pretty much every day, and often for hours at a time. I wear Jude when I'm cleaning, or walking around town, or when he just plain wants me to hold him. When he was a tiny newborn and suffering from reflux much of the time, I would just pop him into the sling or moby wrap and he would be instantly content. Like magic. We don't even have a stroller and he's nearly ten months old! Jason carries him a lot too. He takes him for cozy walks in the evenings so I can enjoy an hour to myself..
The top four images were taken by Edward S. Curtis of Native American mothers from various tribes and their babes. The bottom two were photographed by other artists, the names I do not know.  Recently, while visiting a lovely little Danish-inspired town named Solvang, I came across a gigantic book by Edward S. Curtis in the bookstore ~ Filled with huge sepia-toned pictures of Native Americans at the turn-of-the century, I was overcome with emotion; They were So beautiful. Now, I have seen his work before. I realize this in retrospect. But something happened when I saw those images in such a large format. I suppose that is the way it is with art. Of course it is meant to be seen in it's truest form, whatever that may be.
Posted by Samantha Tara at 8:02 PM