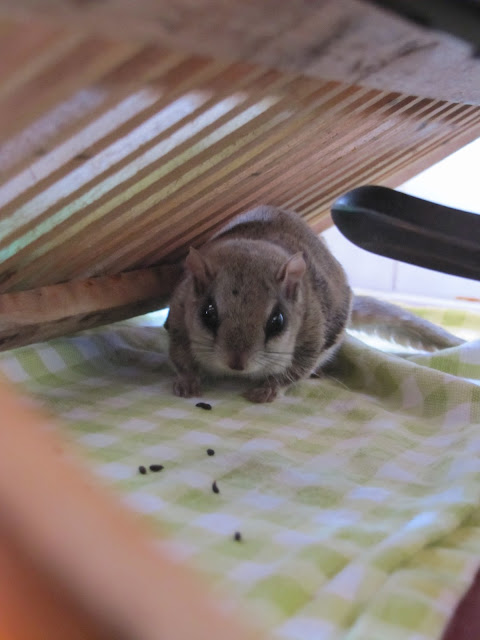 I came out to the kitchen on a morning earlier in the week and saw this little fellow hiding (and pooping!) under my dish drying rack. Just a bit larger than a mouse, I had no idea just what he was! I called Jude over and we attempted to catch the little guy ~ I managed to grab him in my mittened hand but he was so wriggley and he popped right out! Finally I wisened up and simply opened the window directly over the rack and he jumped out, scrambled up the tree outside and then flew ~ yes, FLEW! across the yard into another tree about 20 yards away! I had the blessing of a visiting Northern Flying Squirrel in my very own kitchen! I later read that they are actually in the endangered list. A special gift, indeed (: 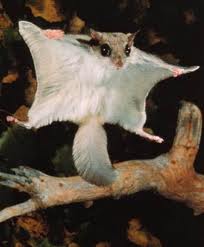 Here's a photo I found on the internet which gives you a better idea of how amazing the little animal is when in the air. I was so joyous to watch him fly! I cannot believe how awesome it is to live in the forest!
Posted by Samantha Tara at 8:42 AM