And here is our lamb Noble! 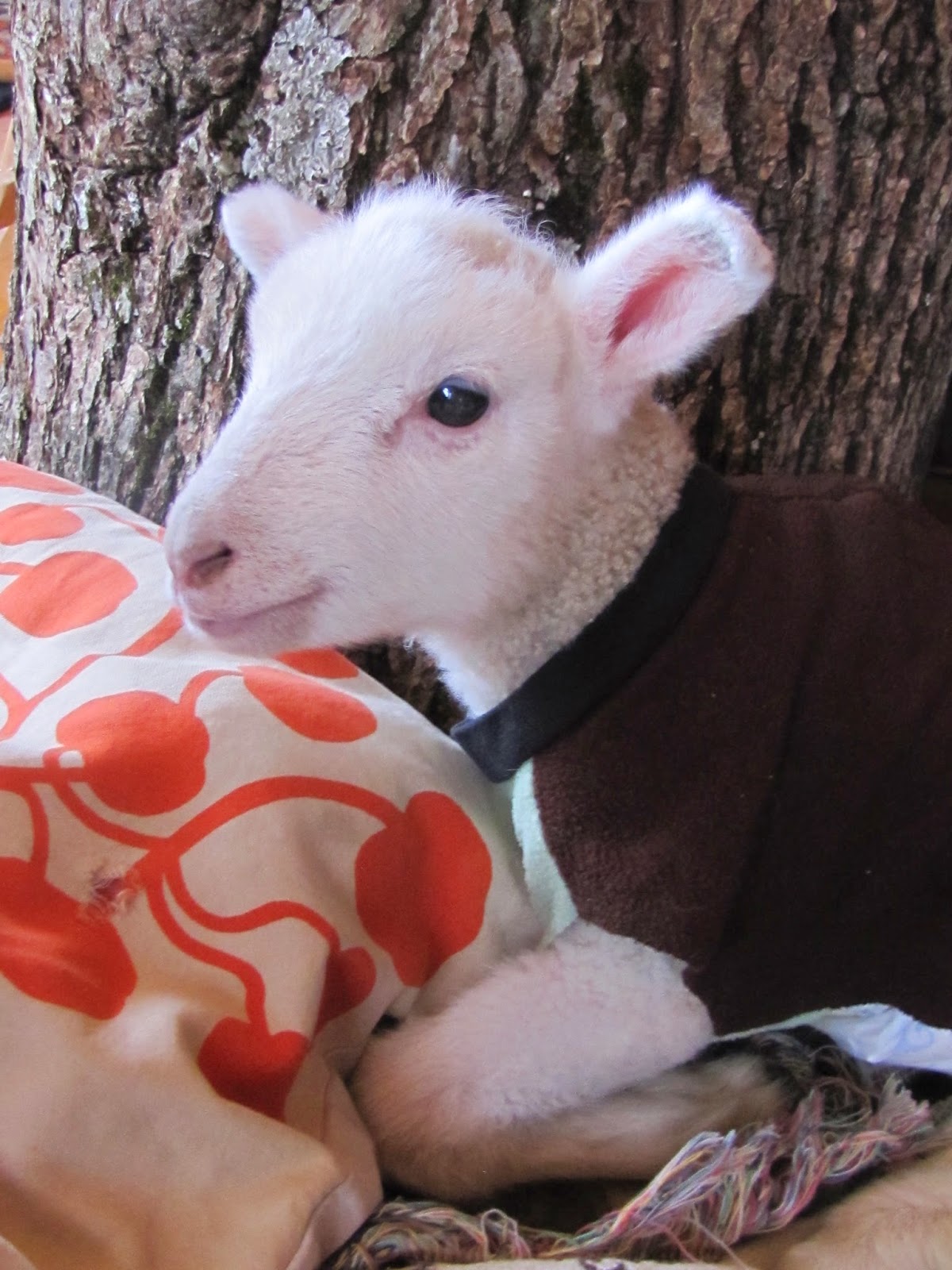 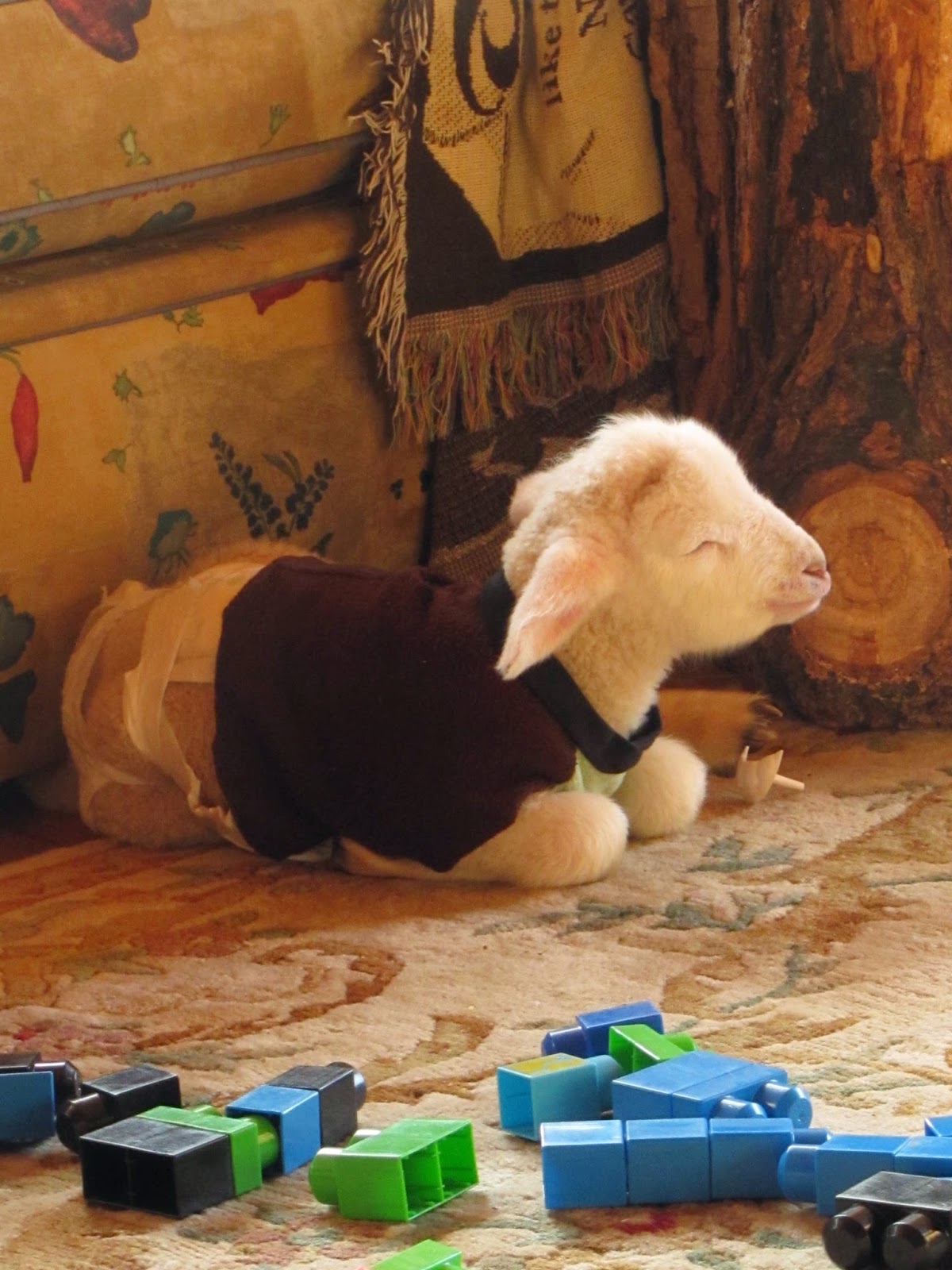 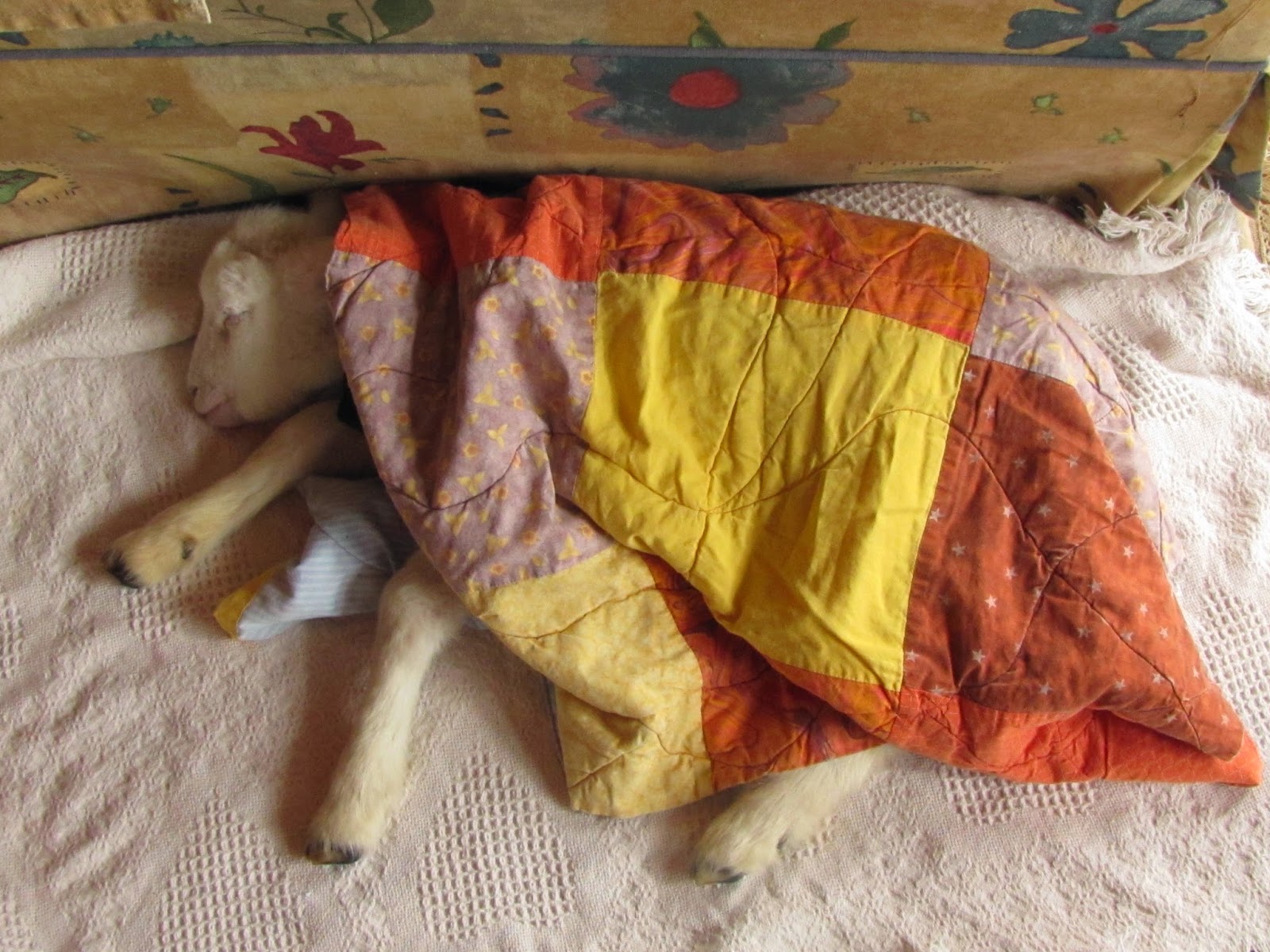 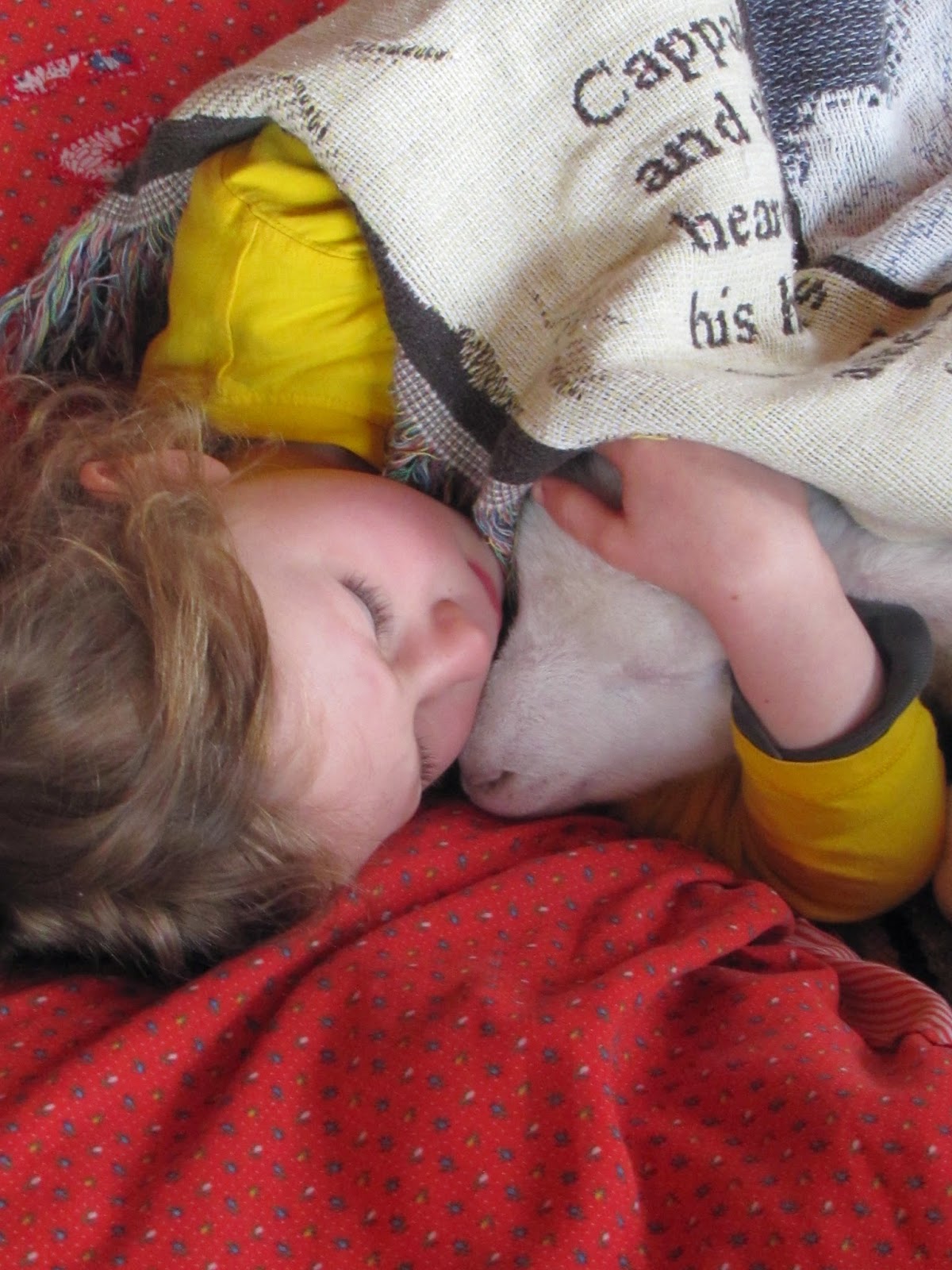 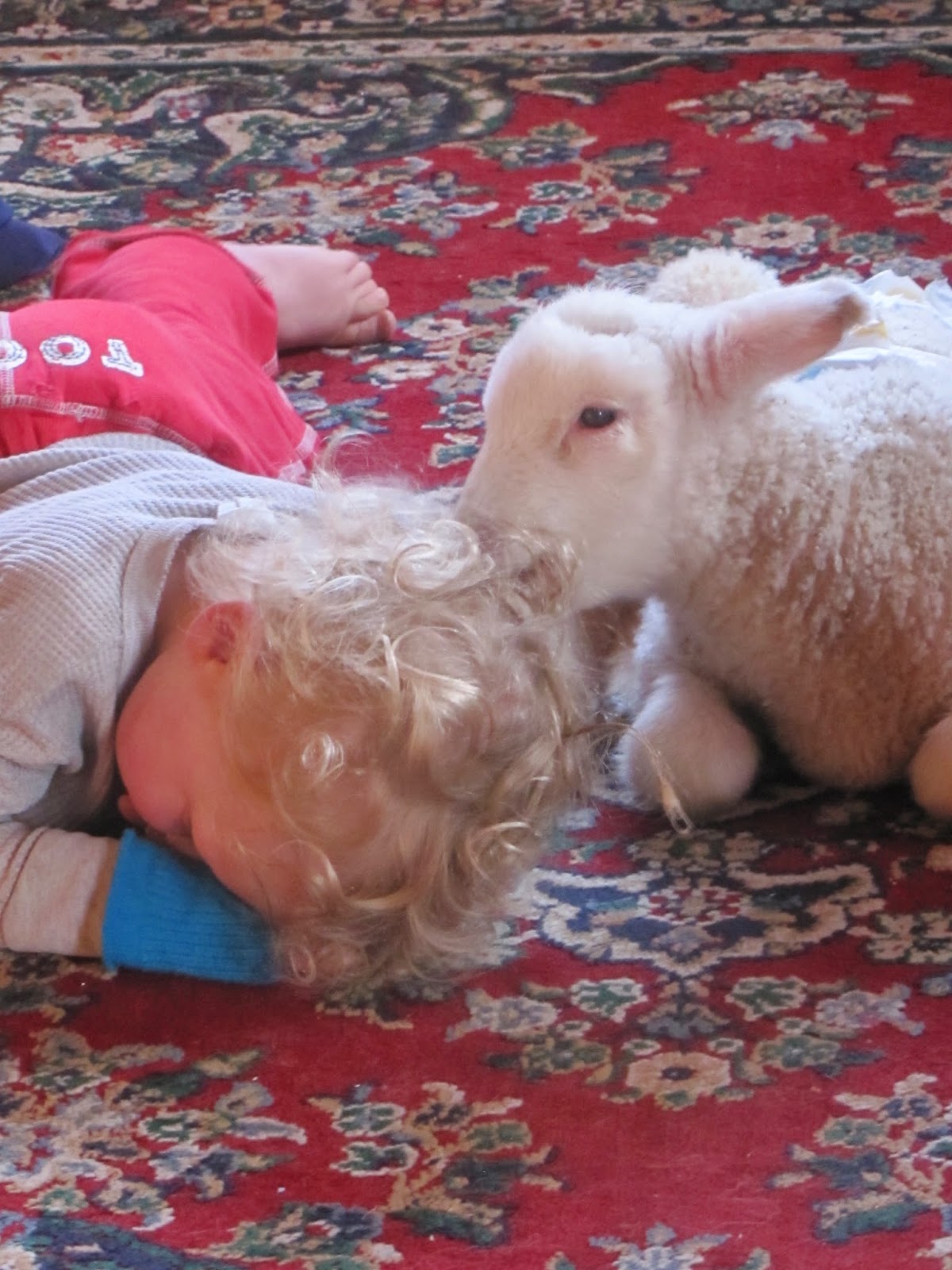 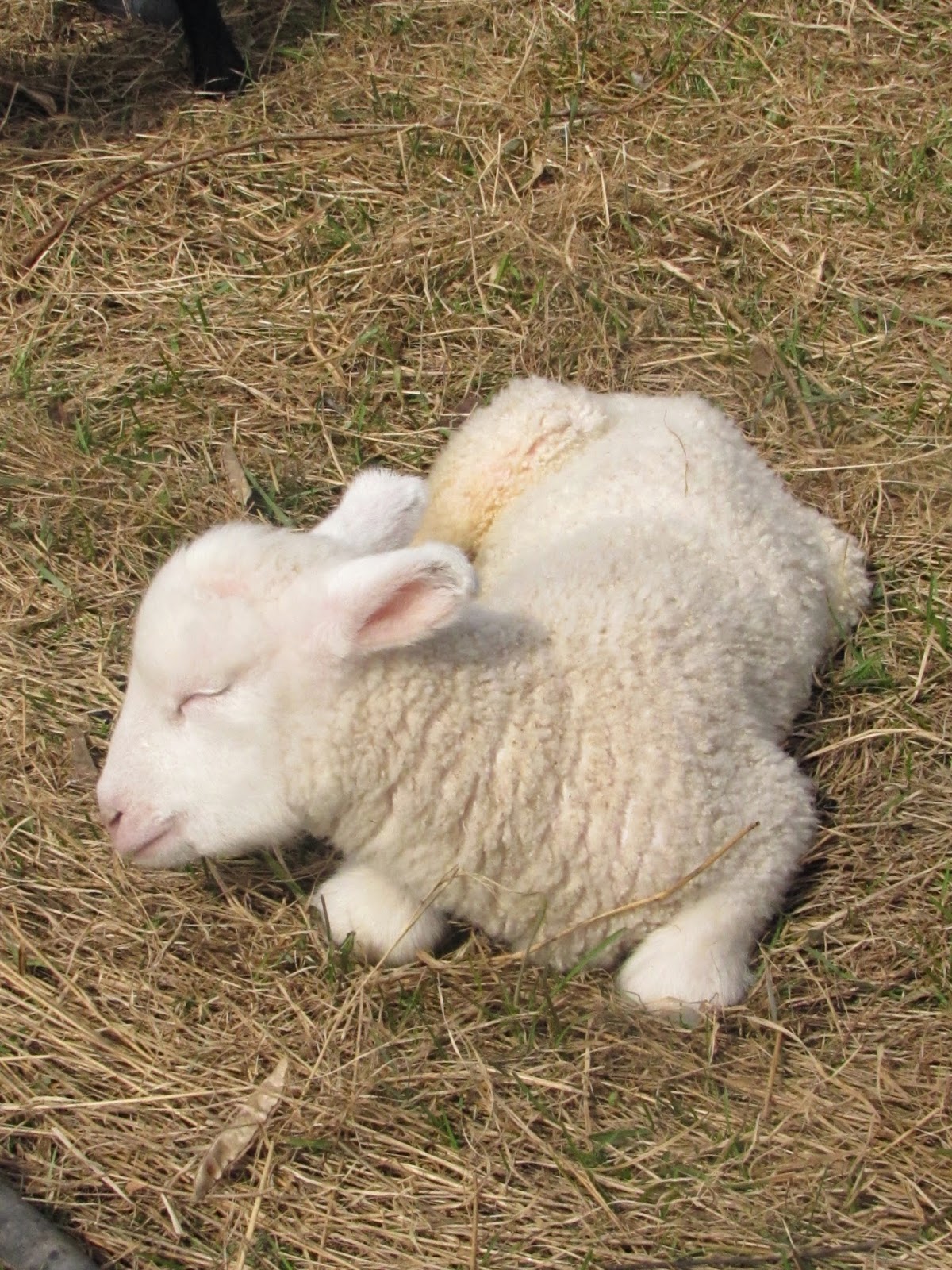 This sweet little guy came to us from the same farm as Shady Grove and Turnip. When I went to pick them up a few weeks back, I met this little one who we have since named Noble. That day, he was sitting in a small cardboard box on their kitchen floor. They explained that his mother had died and he was very weak and couldn't stand. They picked him up and he just sort of slunk back down into the box. They weren't sure if he was going to live. I saw right away that he was blind in at least one eye.
I didn't take him home with me that day, but a week later the farm wife called me and asked that I please consider taking him. Her husband needed to start his many weeks of chemotherapy in a facility nearly 2 hours away and they just didn't know what to do. She said he could stand now, and a vet had taken a look at him and thought he would make it.

They brought him to our place the next day. He is pure love. Everyone who meets him is completely taken with him. After being with us for a week and a half, he can stand up if he works at it, and stay standing! He can walk around for longer and longer periods and has learned how to navigate around our living space, stopping at the edges of the carpets so he doesn't slip and he has stopped walking into things. A remarkable change! When he first arrived, he mostly slept but now he gets up many times throughout the day to walk around, and he knows my voice and will come to me if I call to him. He is definitely blind in one eye, and the other eye is not working at full capacity, but when I took him outside and put him on the earth he knew just what to do, and happily snuffed along searching for the yummiest grass and weeds to eat (:

Posted by Samantha Tara at 6:59 PM