We had a great first try at producing our own maple syrup!
Honestly, Jason did it all. It was a lot of work, and for this I am so so grateful (: It is, by far the yummiest maple syrup I have tried in my whole life. 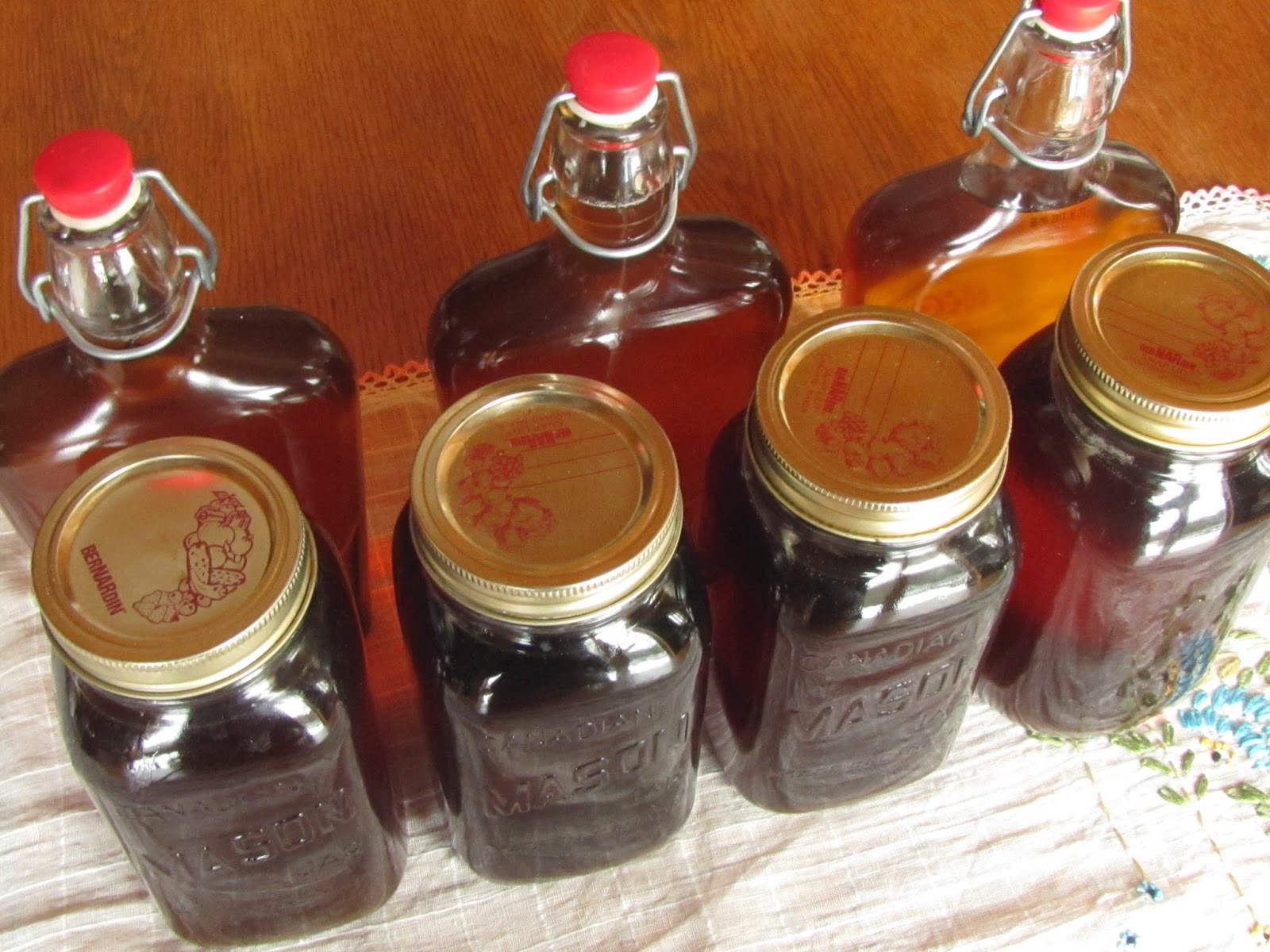 In late March, Jason drilled holes in our largest maples. Of course, he had an eager 4 year old helper! Next, he hammered in the spiles. Jason made this one by hollowing out a sumac branch. 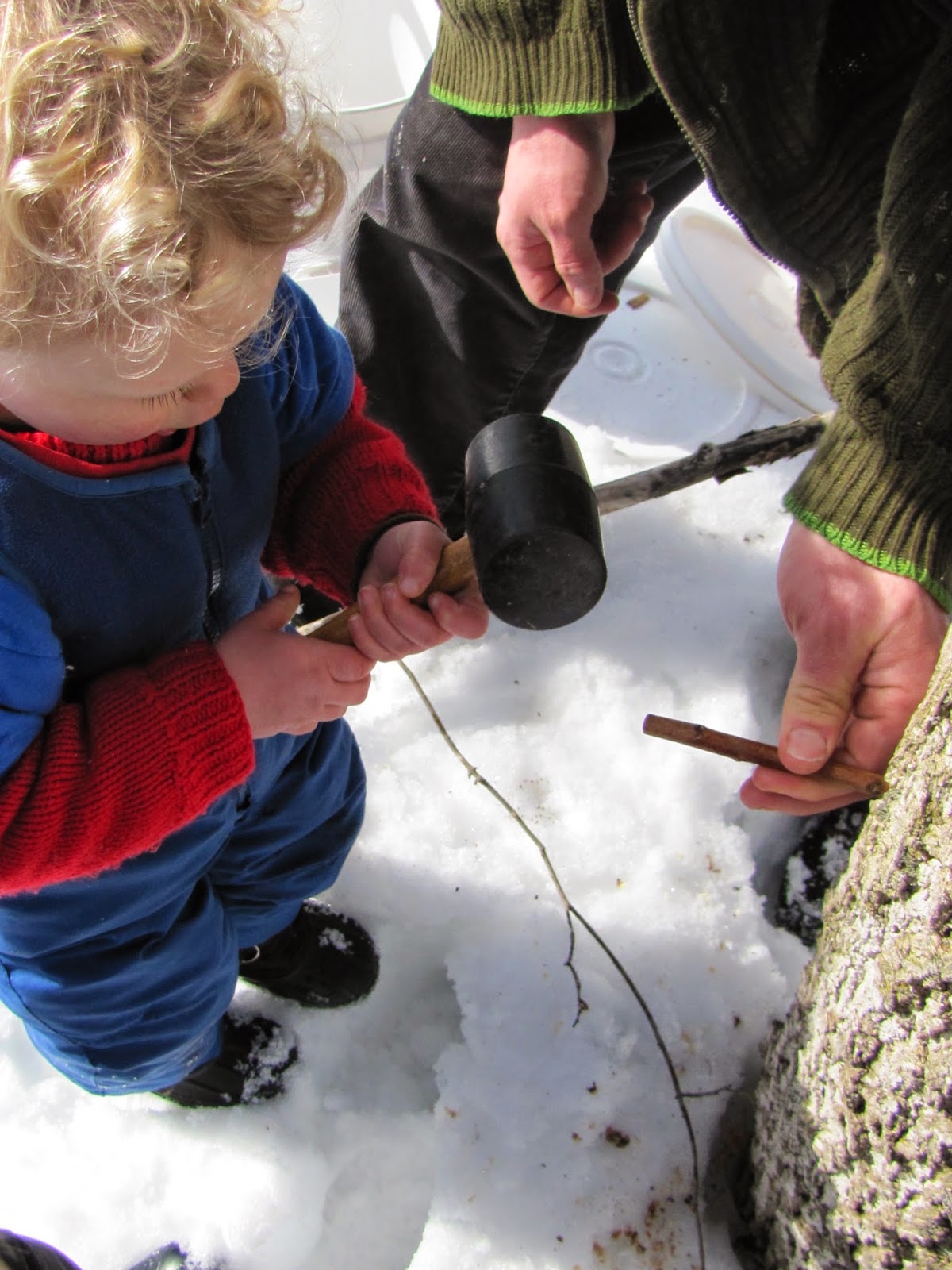 I think the sumac spiles are a work of art in themselves. We were also gifted a large bunch of wooden handmade spiles off of freecycle. An older gentleman had made them all himself, and when he upgraded he passed them along to a friend. That friend didn't need them and was more than happy to help us on our crusade. They worked beautifully! A few seconds after they were in, the sap began to drip.. So we hung the buckets. 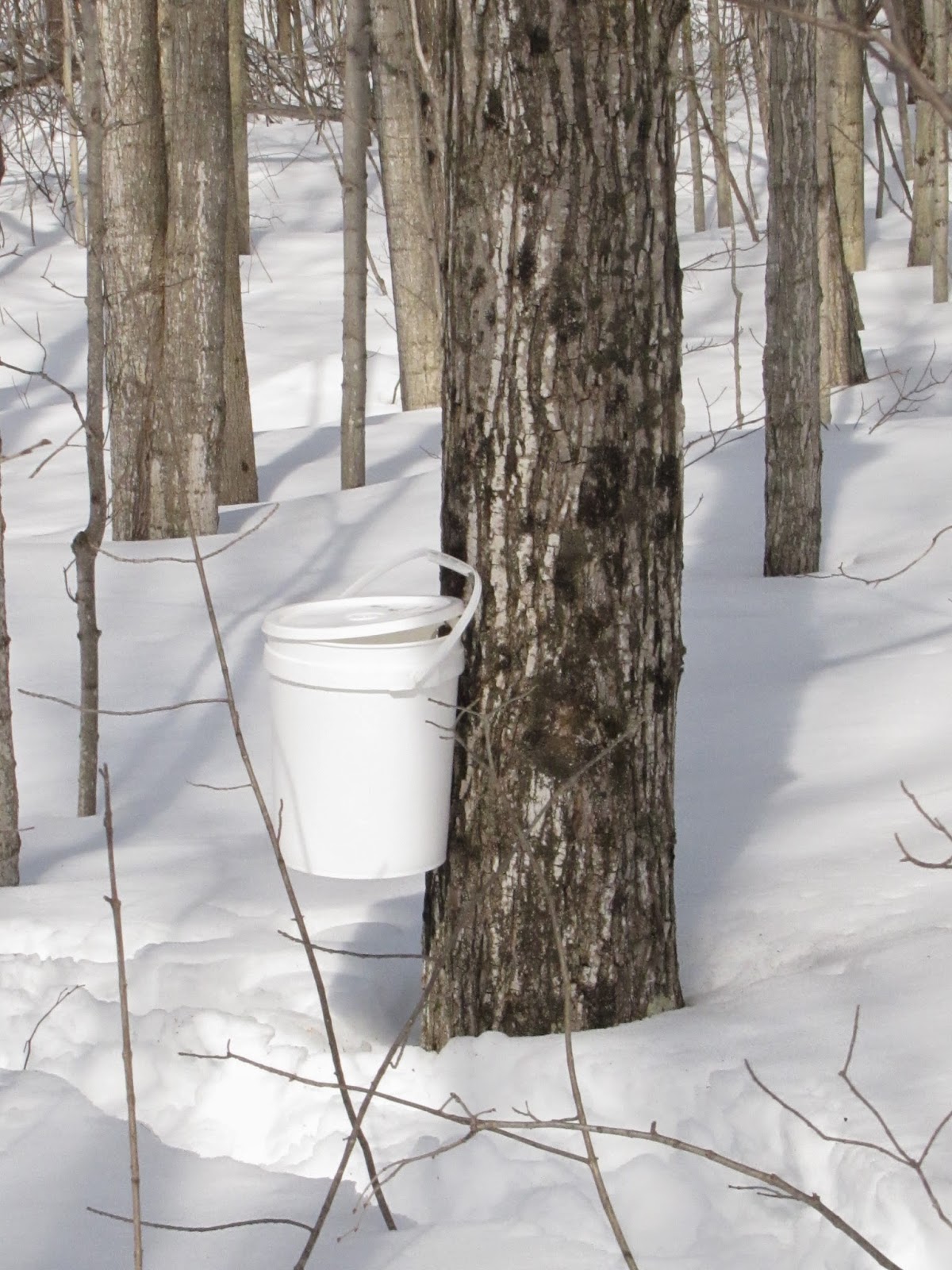 Here is a nice full bucket of maple sap! We carried MANY of these out of the maple grove, down the hill, across the road, and up our driveway. 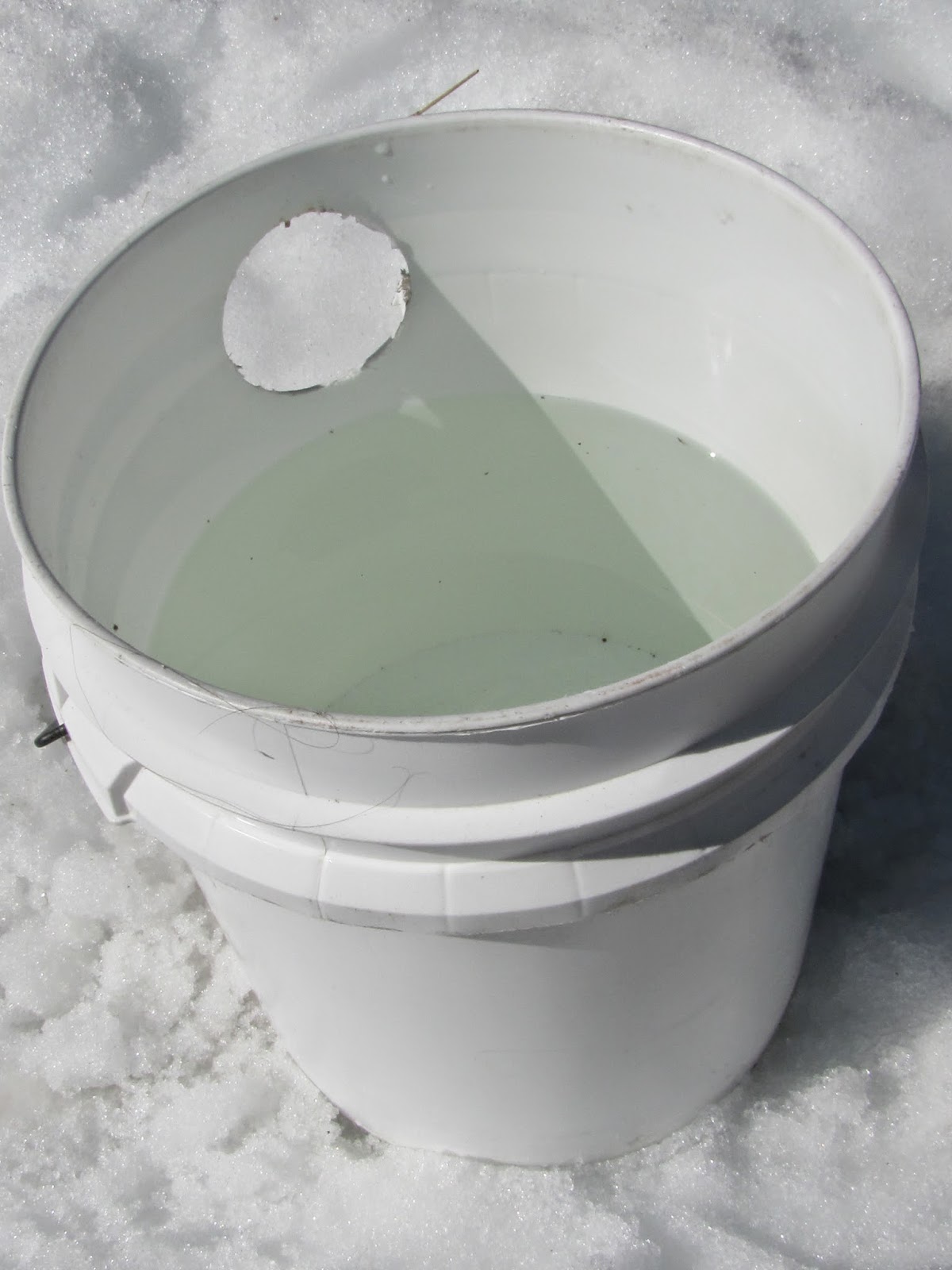 Jason used the fractional freezing method when breaking down the sap. It saved him a ton of boiling time. Basically, you freeze the sap and let it melt a bit. The sap melts first and separates from the water and impurities. We sometimes let it melt a couple times, and checked the ice for sweetness. If it tasted like ice, we knew we had gotten all the sugar out. Then Jason poured the magical sugary tree water into his rocket stove and boiled it until it was done! He set up a nice little space outside off of our front porch and created a temporary awning from plastic sheeting to protect the stove from rain. The boys loved hanging out with him while he was boiling the sap. He brought out the papasan chair and warm blankets, books to read and drawing materials (: It was chilly most days so they wore their winter gear while "helping" Jason and came inside with rosy noses! 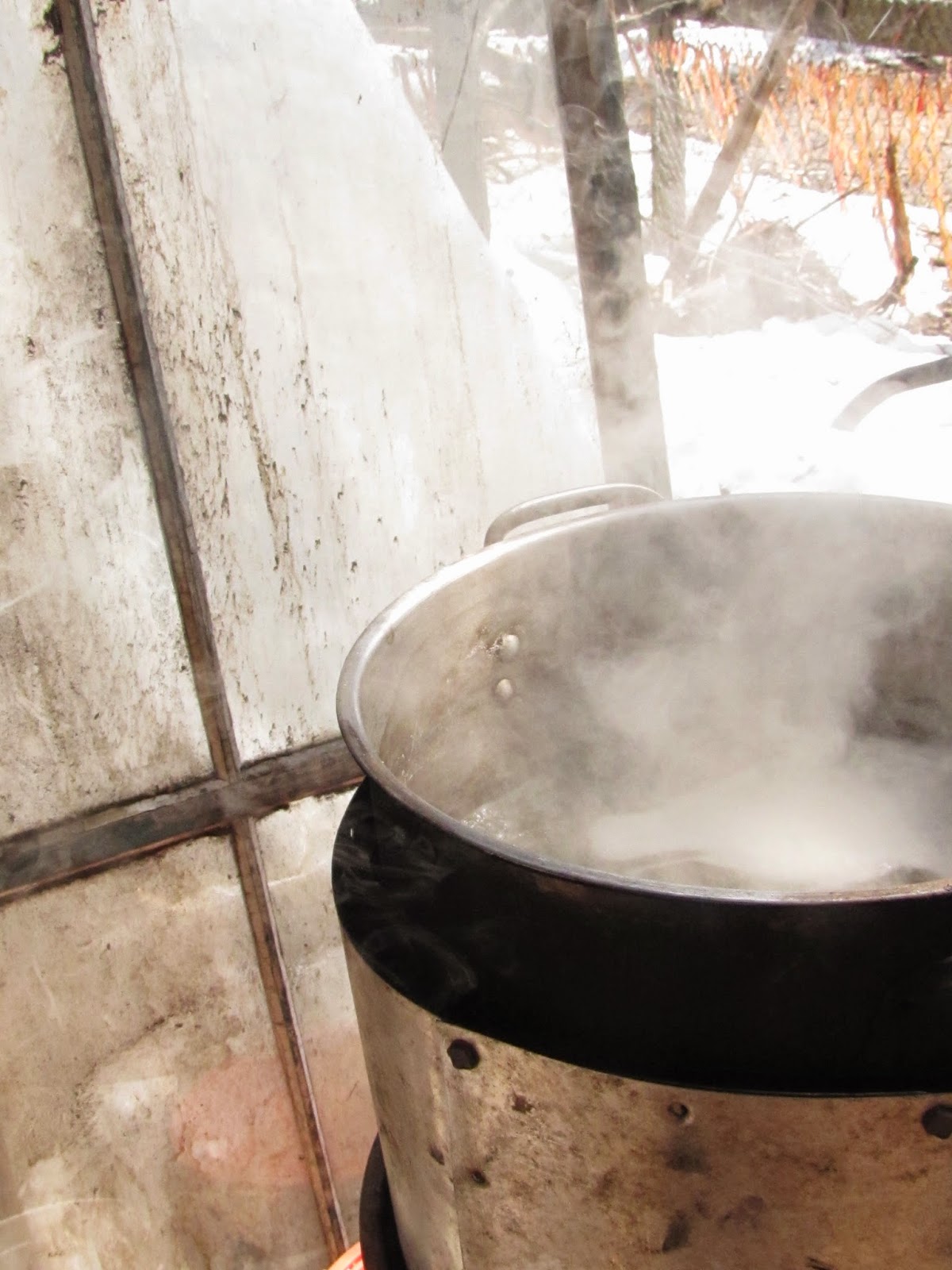 It took many hours and many days spent feeding wood into that rocket stove, and in the end we ended up with three gallons of syrup! I think that will last us a good while (: 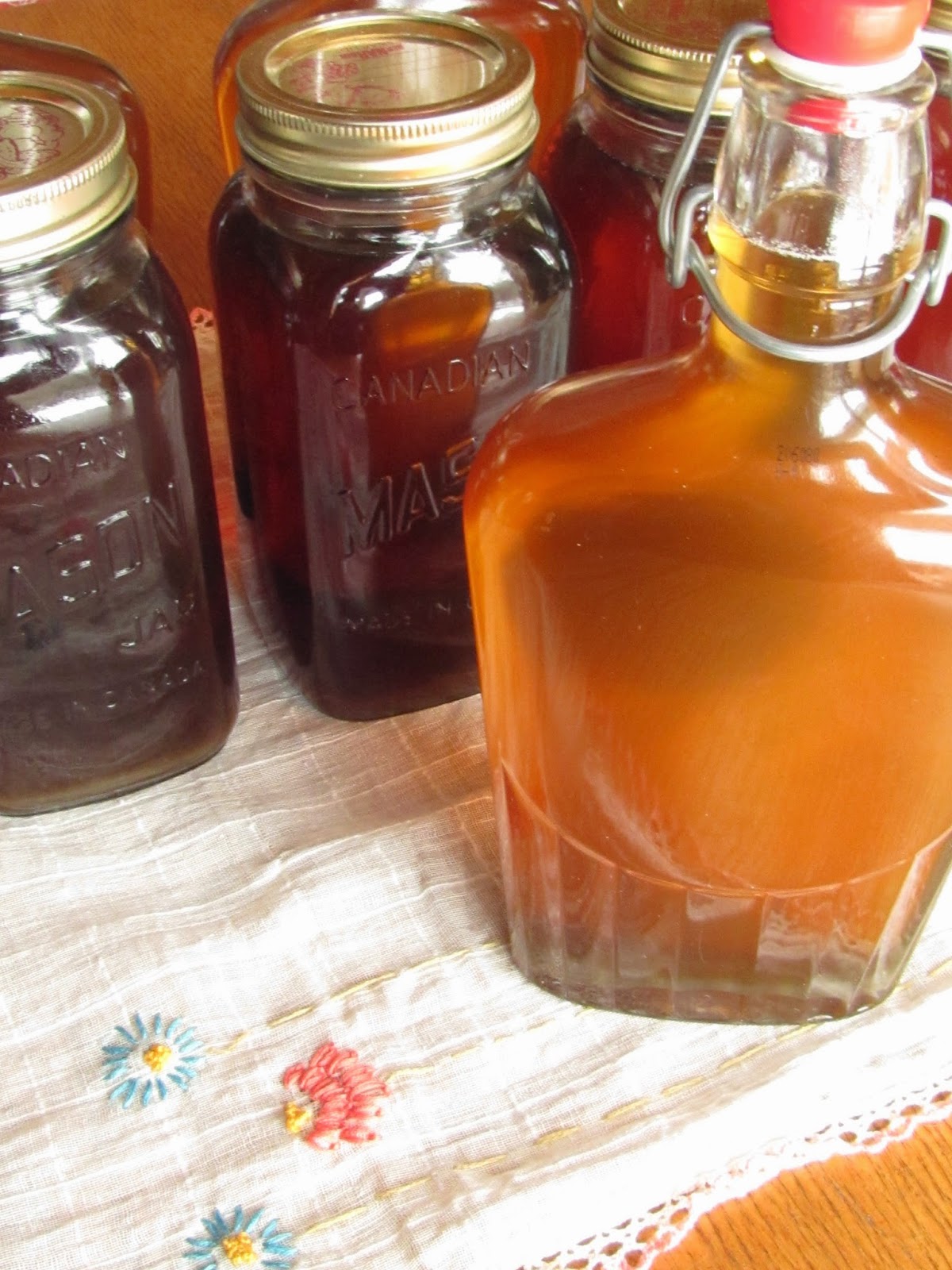