An abundance of wild apples! 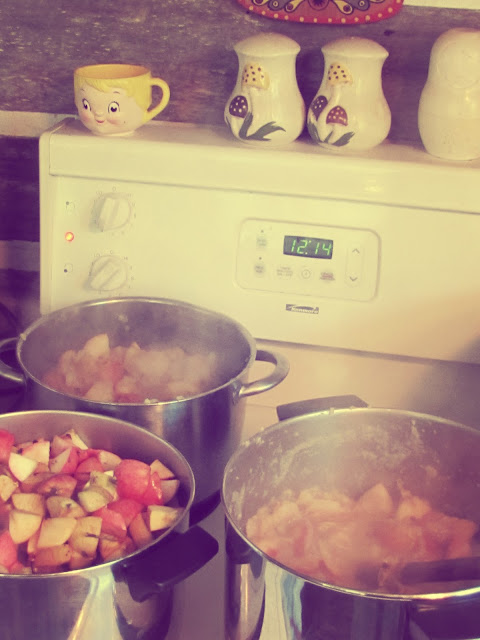 Ollie and Jude are great helpers in the kitchen!
Here Ollie is using his muscles to mill the applesauce :) 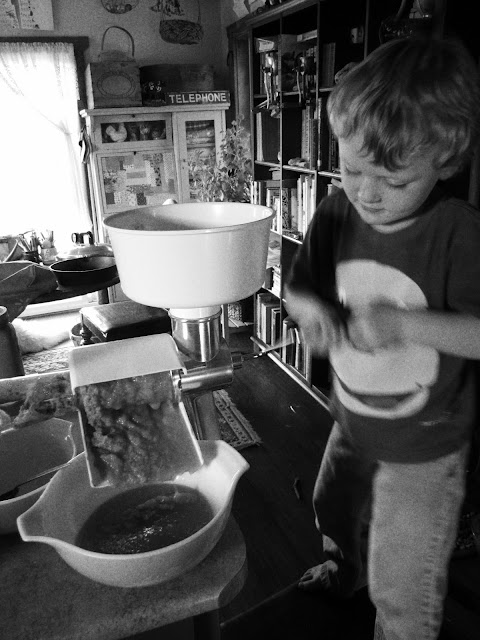 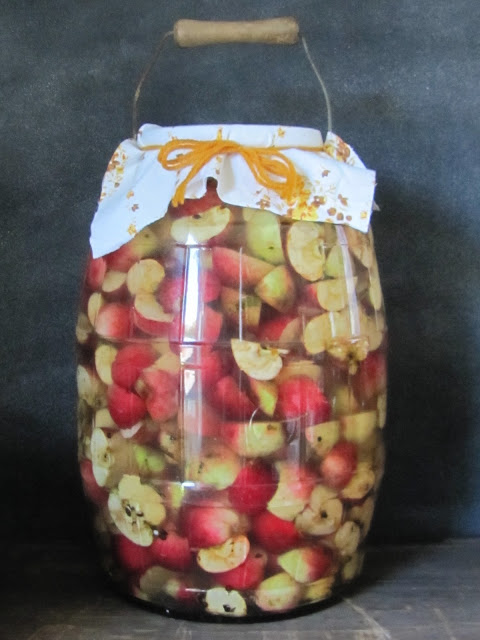 We got wild and crazy one day and actually peeled the apples!
We have an antique cast iron apple peeler and the boys LOVE to operate it.
They promptly ate about five peeled apples each, and I made apple crisp :)
The small red crabapples are destined for jelly! 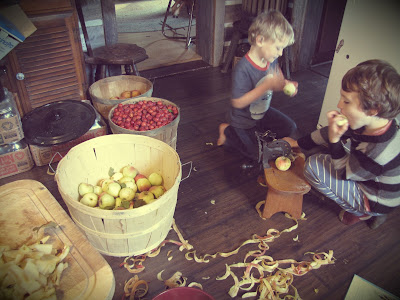 This has been a GREAT year for apples!
It has been almost overwhelming!

Jason and the kids were bringing home bushel after bushel after bushel of wild apples and I worked as quickly as I could to cook them into applesauce, mill and can it. During the past month I cooked so much applesauce in fact, that I got quite bored so I made a big batch of apple cider vinegar and then switched to apple butter. I just finished my second batch (of six pints) and I think we have nearly come to the end of the apples! Whew! Now, on to the tomatoes!

Posted by Samantha Tara at 1:00 PM