Have I ever mentioned how much I love my little girl-child??
She has blessed my life in ways I cannot even express. But most of all,
it is her creativity and ingenuity that inspires me..
I often reflect back on my life before she came to me, and I really cannot identify with the person I was then. Such change and growth has blossomed in me and I am eternally grateful. 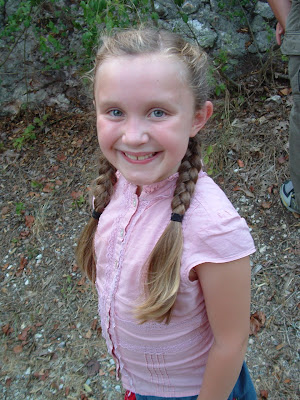 The weekend was lovely. We spent Saturday at a birthday barbecue with some friends. The honoured one was a three-year old girl, and as you can imagine, there were a bunch of happy children running around (-: Isabella looked huge in comparison to the little ones, and this reality always takes me by surprise, as I remember that time in our lives as though it were just yesterday. There was a pinata, which was hilarious to watch in action as Jason had the honour of pulling it up and down on its string draped over a tree branch in the park, attempting to give all the children a chance to give it a goodwhack before it burst open with a multitude of candies.
The food was delicious and the cake divine,, and we all came home well fed and content after a day of frivolity.

Sunday morning was a particularly creative time for Isabella and I photographed her various activities as she went about her way. She is such a lovely girl; I have been supremely blessed.

She composed a three page (both sides) letter to her Grandma Jude,
including a story written in cursive, just for fun.. 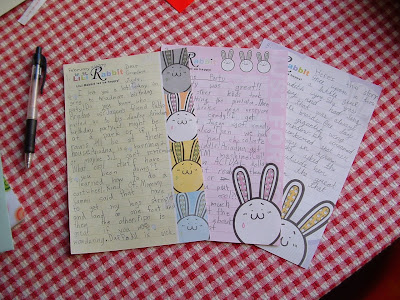 Then she finished colouring the picture she had drawn the previous morning,
which will be included with the letter. 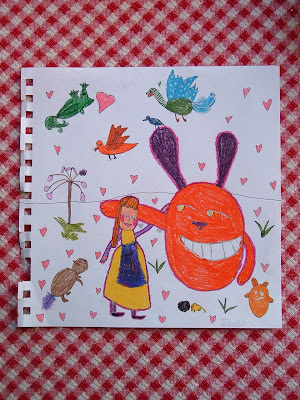 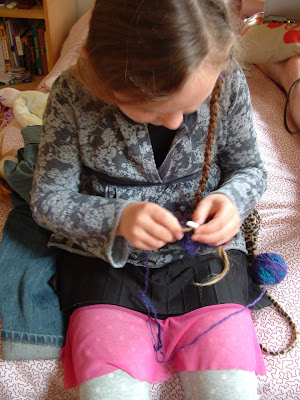 After that, we zoomed to the art store in Berkeley. I needed more paper for art prints and Isabella bought herself a bran-new sketchbook; the perfect travel-size one. We went to a cafe and she promptly drew in it while Jason sketched beside her and I worked on a pen pal letter. Fun!

Since we're on the topic of Isabella, I should add a picture of the giant Totoro I made her for Christmas.
He's big, He's squishy, He has a huge smile and he is very Totoro-ish! 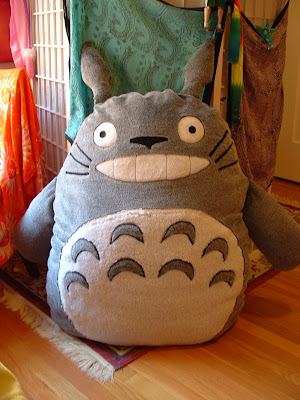 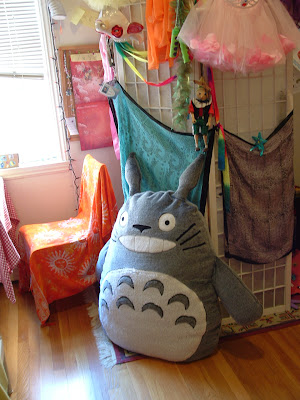 I've actually never sewn anything quite like him before;; Never worked with faux fur or duplicated a character of any kind but Isabella wanted a giant stuffed Totoro more than anything in the whole world, or so she's told usover and over and over again for the past year and a half! I quite like him myself and often invite him to hang out on the couch in our family room (-:

This below would be a picture of Pipo and Daffodil, Isabella's two favourite dolls. Pipo is a rather old lady now, over six years old (She's the one playing the guitar). She has been through adventures other dolls can only dream about,, and during one such adventure, when we had returned from a month-long camping/traveling trip up the Caliofornia coast into Oregon and back we thought we had lost her (She was really just behind the couch in the family room, having been knocked down by accident by one of the kitties) and Isabella was beside herself with grief. I offered her one of my new PipoDolls and she picked Daffodil, and of course we discovered Pipo a few days later, looking smug in her hiding spot! So now they are sisters, and very mischievious. Just this morning I caught them jamming on Isabella's bed! Lucky for me I caught the action on camera.
Isabella will be pleased. 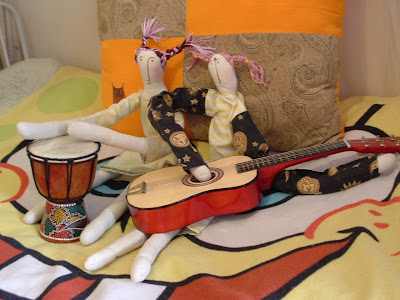