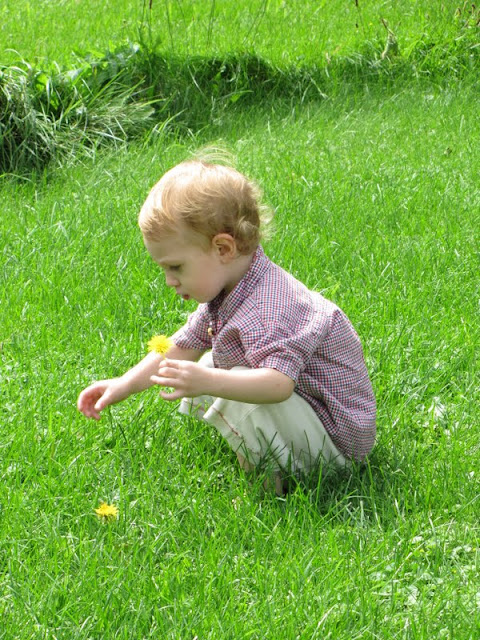 There was a child went forth every day;

And grass, and white and red morning-glories, and white and red clover, and the song of the phoebe-bird,
And the Third-month lambs, and the sow’s pink-faint litter, and the mare’s foal, and the cow’s calf,
And the noisy brood of the barn-yard, or by the mire of the pond-side,
And the fish suspending themselves so curiously below there—and the beautiful curious liquid,
And the water-plants with their graceful flat heads—all became part of him.
The field-sprouts of Fourth-month and Fifth-month became part of him;

Winter-grain sprouts, and those of the light-yellow corn, and the esculent roots of the garden,
And the apple-trees cover’d with blossoms, and the fruit afterward, and wood-berries, and the commonest weeds by the road;
His own parents,
He that had father’d him, and she that had conceiv’d him in her womb, and birth’d him,
They gave this child more of themselves than that;
They gave him afterward every day—they became part of him.

~Walt Whitman, Leaves of Grass
Posted by Samantha Tara at 11:01 AM