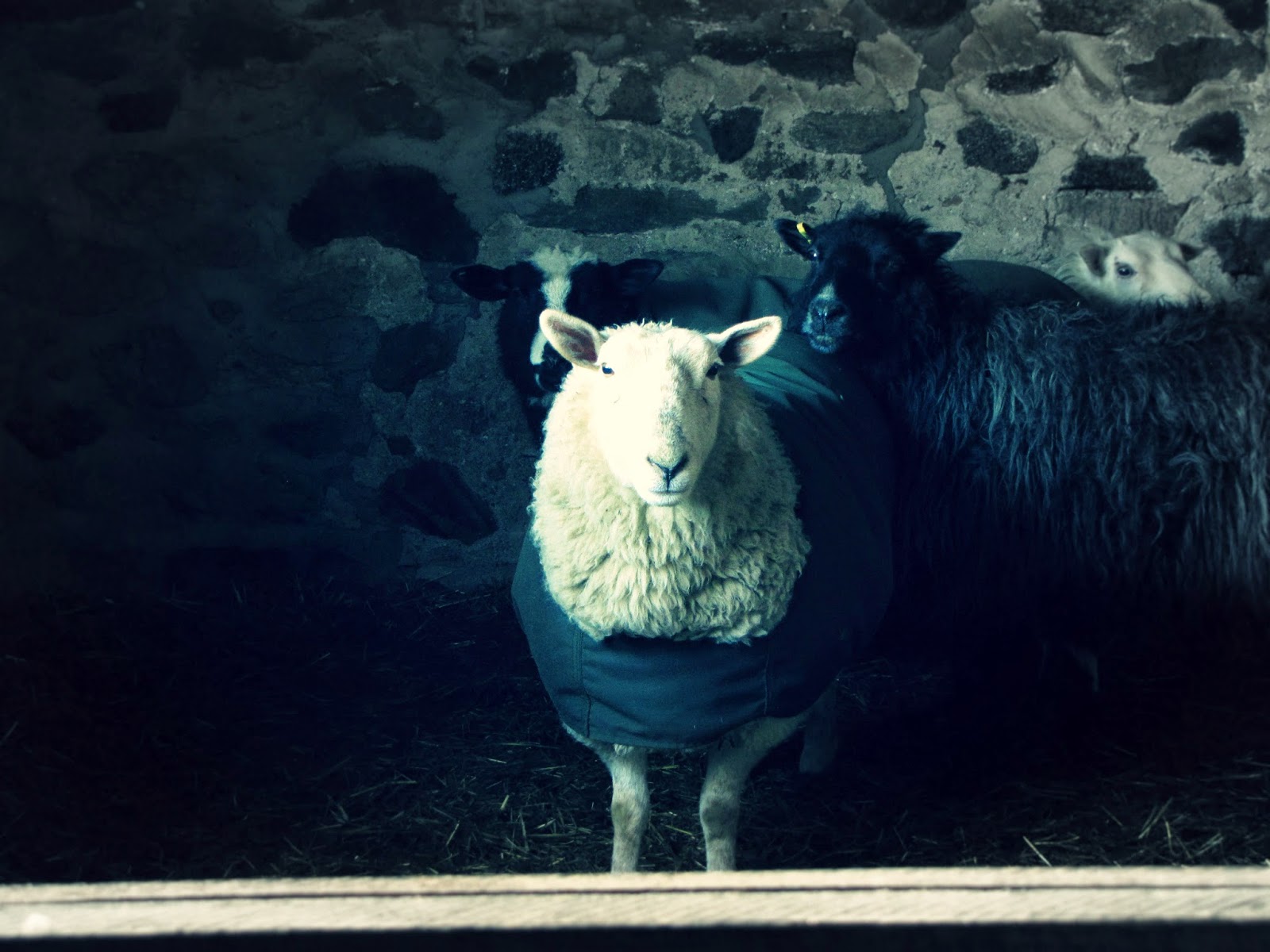 My beautiful Teapot is in the forefront. 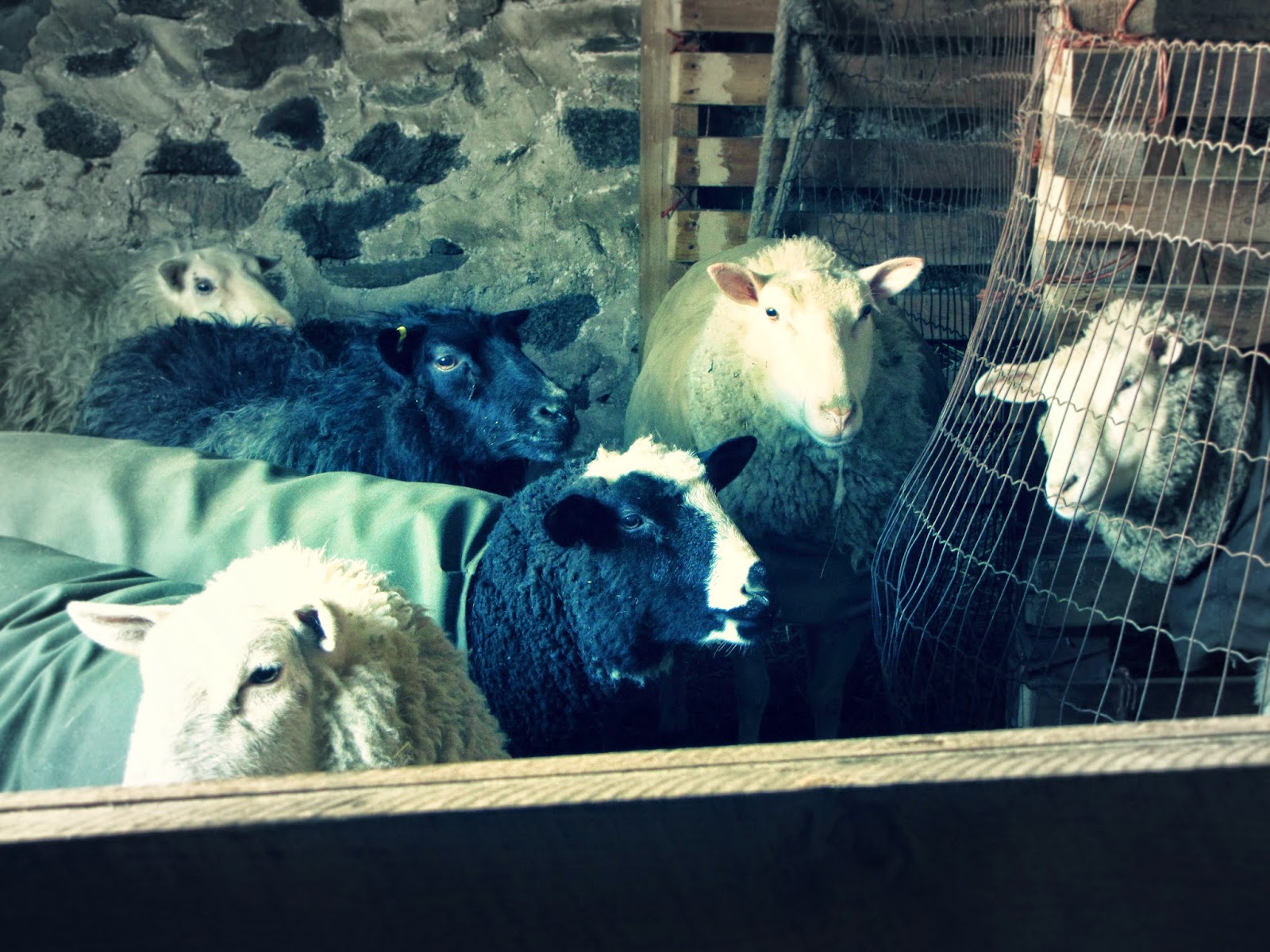 All of my beauties! 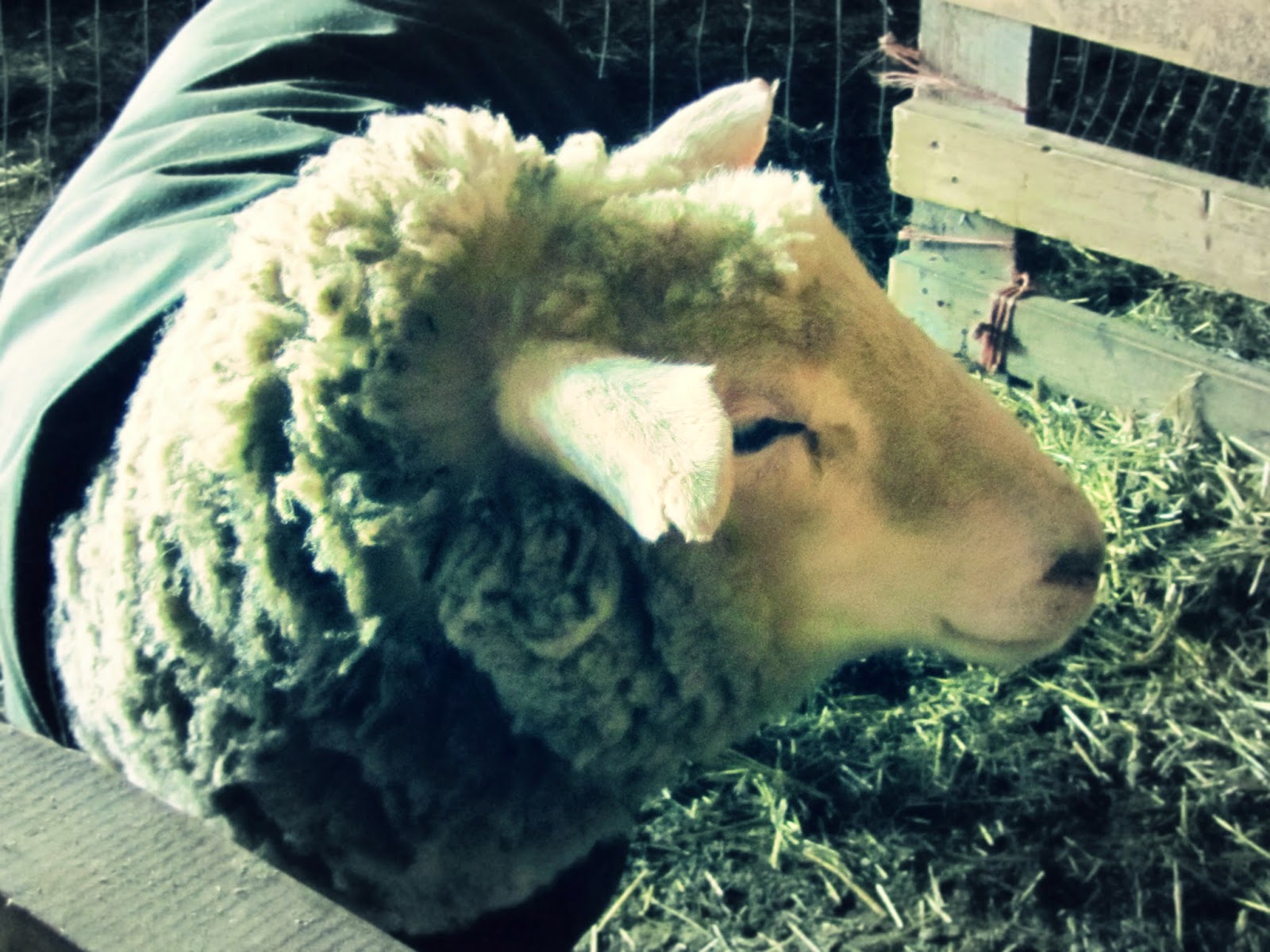 All of my sheep (there are six) are shut up in the barn for the winter, or at least until the ground thaws and we can put up some fencing! They have fared very well, which may have something to do with the special 'hot breakfast' and 'hot supper' I bring them each day. It is a mixture of hay cubes that have been soaked in hot water, sheep grain and sheep mineral, and the occasional leftover apple peels from my oatmeal preparations each morning, all stirred up and served in six individual buckets. They are SPOILED! But really, I would gladly just throw a bale of hay into their pen, but when we moved here I brought all the hay I had; It was enough to last a few months, not an entire winter. Soaked hay cubes are a wonderful second choice, and they do quite love them. Yum yum.

Poor Noble has been separated from the main group for a few months now. His leg was injured somehow and he could put no weight on it and was really struggling to stand up and lay down, so I concocted a makeshift 'rehabilitation pen' that is still within the main sheep pen and where he can still hang out with his buddies all day but where they can't ram him. In the beginning, I trimmed his hooves and gave him St.John's wort tincture to take down inflammation. I then made warm comfrey compresses every second day, packed the herb around his ankle and wrapped it well. I don't know if it helped, but I am so happy that now he seems to have healed nicely. He is no longer limping, and can scoot around quickly and bounce in his pen! I am going to leave him in there until the outside fencing is up, as I don't want to chance him getting rammed again. He is blind in one eye so he doesn't see when another sheep is going to bash into him, and cannot brace himself for the impact, which is likely what caused the leg injury in the first place.

I climb into Noble's pen with him every day and give him lots of hugs and kisses; he is a very affectionate fellow. I want him to feel loved and not so isolated, even though he is cut off from his buddies. He is a trooper. He nearly died after being born in the freezing cold; His mother died after birth and by the time the farmer ventured out the next morning, Noble and his sister were frozen and thought to be dead. She didn't make it, and even though they thought they would lose him too, he just kept going. He couldn't walk for weeks because of nerve damage from frostbite, but he eventually learned even though he is a big gangley and goofy when he ambles along. And though he is blind in one eye and his vision is greatly impaired, he has a great sense of hearing that makes up for it. He is a beautiful soul, gentle and loving and so very trusting of us. I love him. I love all my sheep!

Posted by Samantha Tara at 9:48 PM