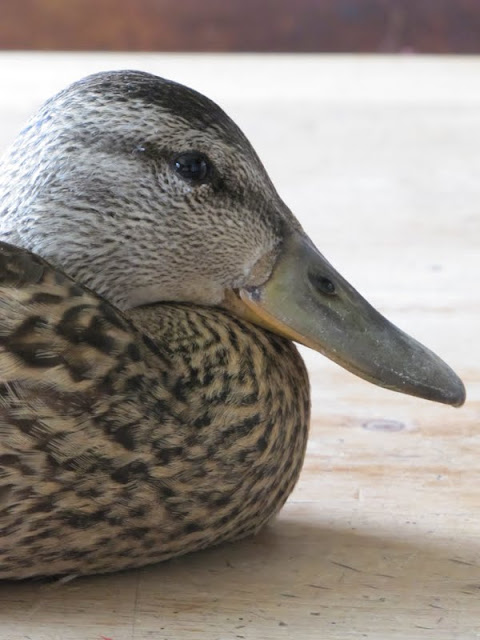 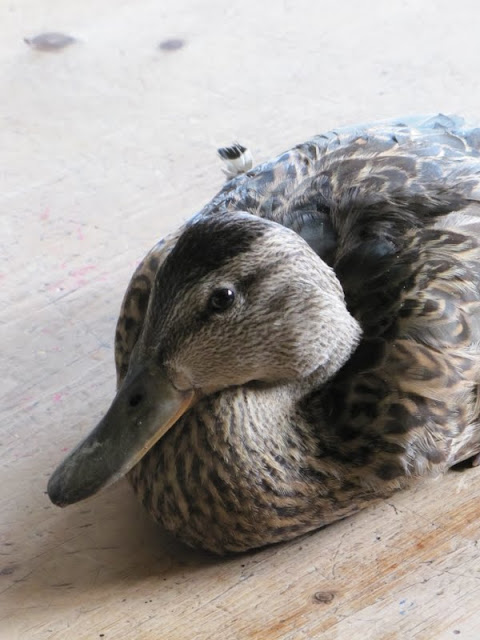 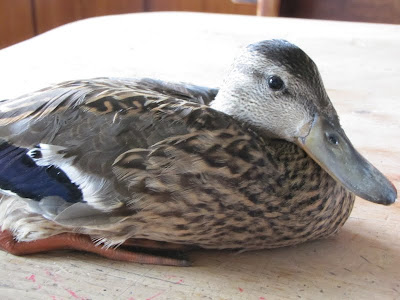 Well...now we have, in our home and in our lives: five cats, one husky-dog, one rabbit, and a duck!
Jason found this pretty little lady on the side of the highway yesterday morning as he was driving to the college for an orientation seminar day for incoming professors. He saw a couple ducks squished on the road and then this lady sitting near them. He drove by and then turned back to rescue her; she would likely have been killed too if left there. He brought her home to me wrapped in his sweatshirt, quickly threw on some new clothes (yes, she pooped on him!) and then raced back to the college. I woke Isabella up (it was early!) and we set to finding her a safe place to rest. Mabel's crate from our cross-country plane journey was just perfect so we cleaned it up, threw some newspaper and grass in there and Matilda (that is the name Isabella has chosen for the duck) stayed in there for much of the morning and afternoon, until we took her out to the garden. She seems much happier out there. At first I thought she was a mallard but as it turns out, she is a domesticated farm duck that looks like a really small mallard. I clearly know very little about ducks but I have learned a lot in a very short time! I hope she is ok ~ we think that she was probably hit by a car too and suffering some internal trauma as she had a bit of blood coming out of her nostril this afternoon. We are doing our best to keep her hydrated, calm and safe while she heals, the poor thing. I hope she pulls through.
Posted by Samantha Tara at 6:33 PM