We've had a great many rainy days here lately (: I personally love the rain and feel super-creative when the days are blessed in this way. Growing up, I used the opportunity of a cozy day spent indoors to let my imagination flourish, to make things, sew and draw... Well, after shucking a big bunch of corn I made two cornhusk dolls! I've always wanted to do this and yet somehow never got around to it until just now! Jude LOVED them and took them on a journey outside immediately after they were done. He picked some mushrooms for them too (: Isabella made a doll too but put it in her room before I had a chance to take a photo...It turned out quite lovely of course (: 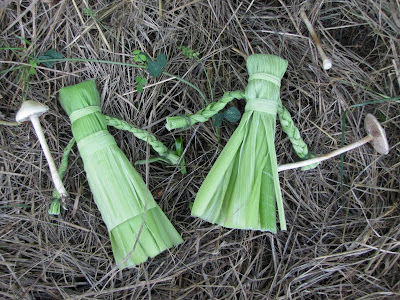 A friend of Bella's came over to play for the day and we spent a great deal of time drawing at the kitchen table.. 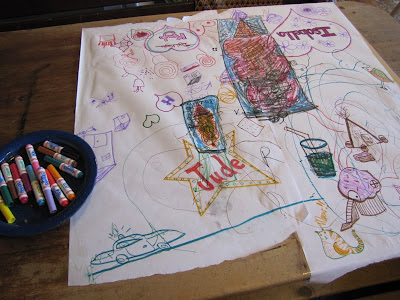 And this is her drawing on printed sheet fabric. She did it with my fabric markers and promptly gifted it to her Grandma~Jude (: 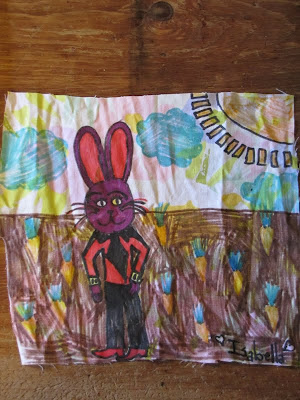 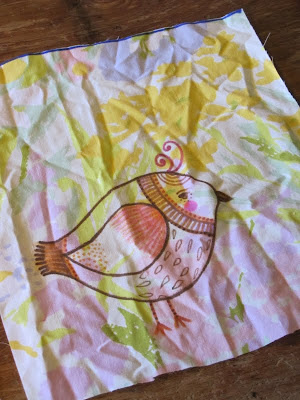 Here's Jude's! This little impromptu project actually came about because Isabella was inspired to make a quilt, so we started tracing/cutting out squares of fabric. Jude got rather excited and adamant that he wanted to help, so I gave him his own piece to work on. You can see that he worked very hard at tracing around the edge of the square, and then doodled all over the paper in behind! 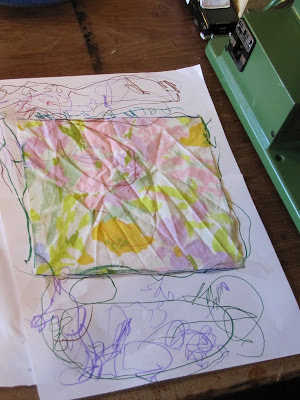 These photos totally do NOT do this cool garland justice. I took them at night and the light is blech. Still, I wanted to share because I thought it was such an awesome idea~! Isabella knotted together a bunch of my fabric scraps, many of which were bound tp be thrown away because they really were too small to be put to much use, creating a banner. 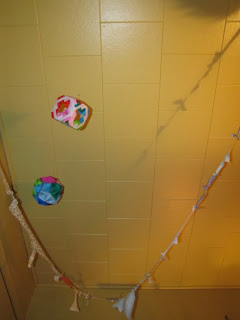 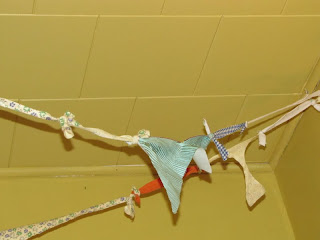 We hung the banner up in her room, creating three swags across the ceiling and it is just so lovely (: The origami orbs were made by Jason years ago and hung in her bedroom in both California and now here in Ontario (:
^__^
Posted by Samantha Tara at 7:53 AM