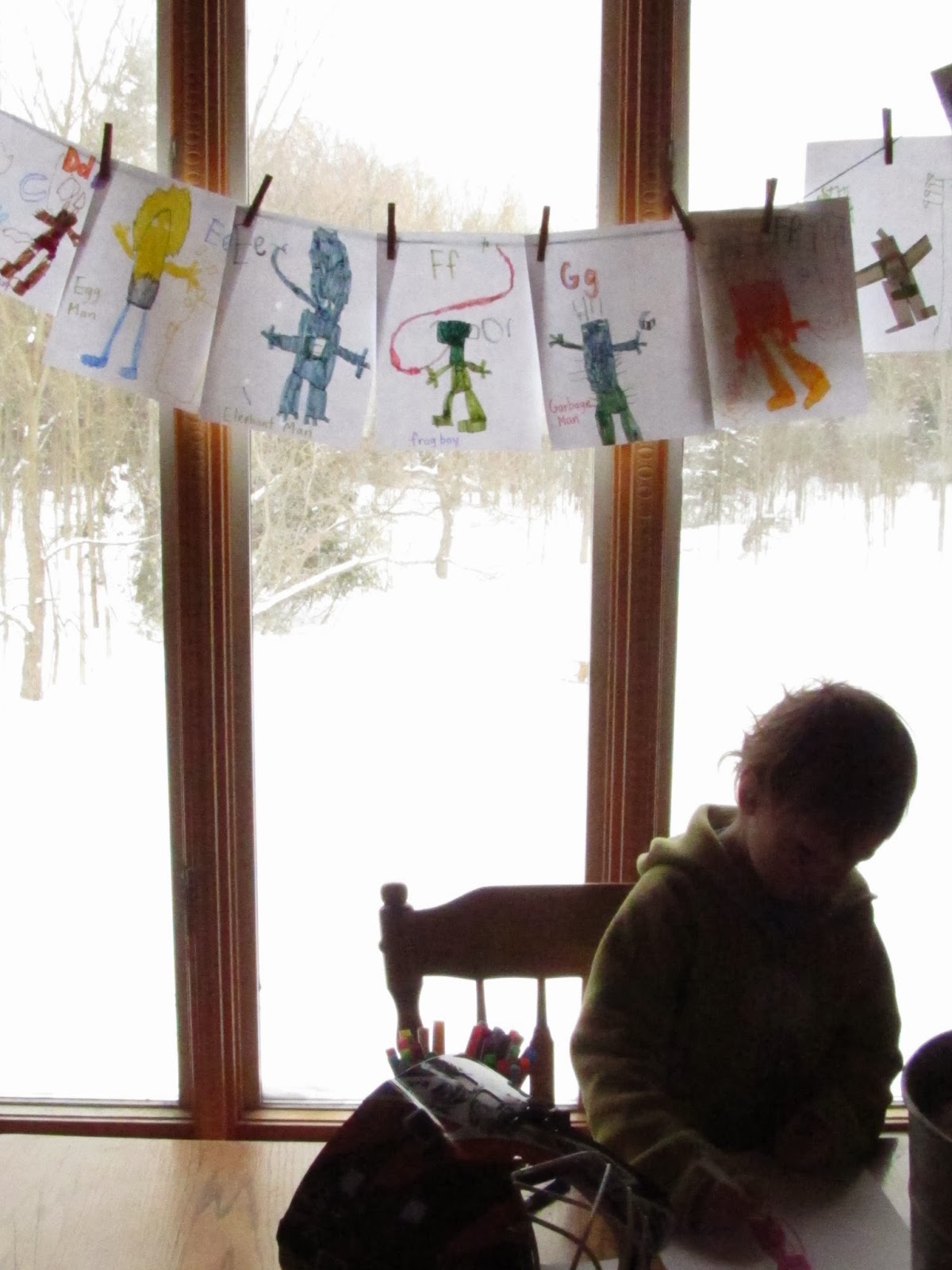 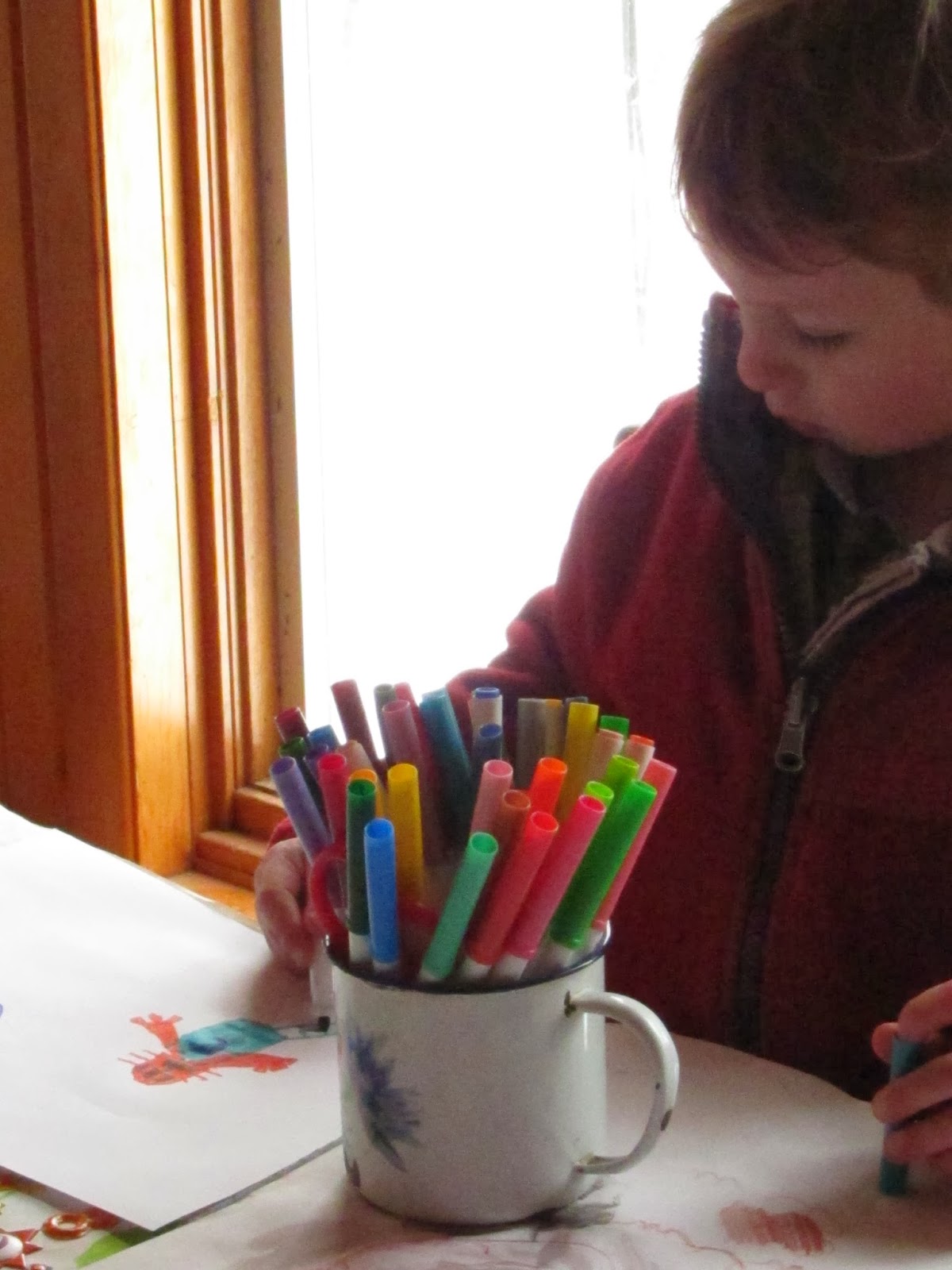 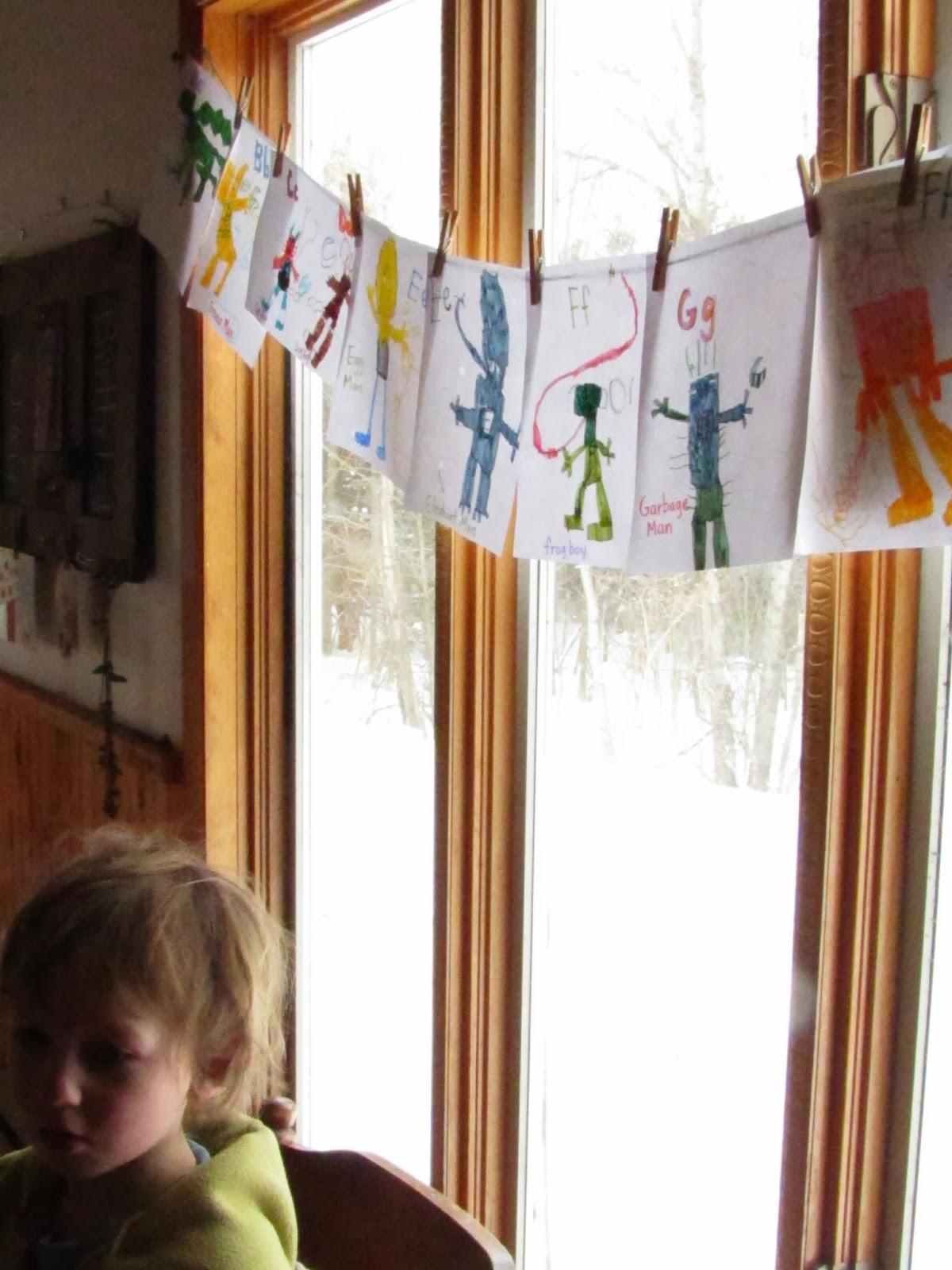 Jude (4 yrs) is very much taken with superheroes.

In the time span of one hour he can transform himself, in both character and costume, to at least a handful of different superheroes (or bad guys, if the mood calls for it). He will 'become' Superman, Spiderman, Batman, or a whole bunch of his own invented superhero (which I much prefer). Little Ollie (2 yrs) naturally becomes whatever sidekick Jude requires, but he likes to be called Superbaby best of all (-;


So Jason sat him down one day and together they brainstormed all of the short "A" words that would be good for superhero names, and then drew a picture of the letter and the superhero on a piece of paper. Jude loves the idea, and is excited to make a new picture every day. He loves it so much, in fact, that he will sometimes invent 2 or 3 other superheroes that start with that letter and then draw them as well! Jason really hit the nail on the head with this activity (:

A is for Alligator Man.
B is for Banana Man
C is for Cat Boy
D is for Dog Boy
E is for Egg Man (And Elephant Man)
F is for Frog Boy (And Fire Star)
G is for Garbage Man

So far, Jude has done letters A through G.
I adore every one of his illustrations; Each one is completely unique and he puts so much attention into the detailing, When he's finished the alphabet we plan to put the lot of them into a book. In the meantime, Jason has started scanning them so that we can transform the images into alphabet flash cards as well (: